BlackBerry made a few big announcements during the kick-off to the BlackBerry Live conference today. There are over 120,000 apps available for BlackBerry 10. BBM is coming to Android and iOS. And the BlackBerry Q5 phone is coming soon to emerging markets.

But what about tablets? It’s been a few years since the launch of the BlackBerry PlayBook, and judging by the way sales prices for the 7 inch tablet took a nose dive, it’s not exactly a besteller for the company. 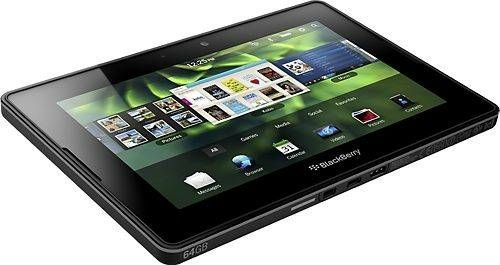 BlackBerry doesn’t seem to have a new standalone tablet in the pipeline, but CEO Thorsten Heins says the company is still looking at the space — and that the future may involve pairing a BlackBerry 10 phone with a larger screen so that the phone acts as the brains of the system.

It’s not exactly a unique idea, but it’d be a new approach for BlackBerry.

Here are some of today’s tech news stories from around the web.

You can keep up on the latest mobile tech headlines by following Liliputing on Twitter, Google+ and Facebook.