BlackBerry Messenger has long been one of the killer features of the BlackBerry platform. But soon you won’t need a BlackBerry smartphone to use it. The company announced today that it’ll launch BBM for iOS and Android this summer. 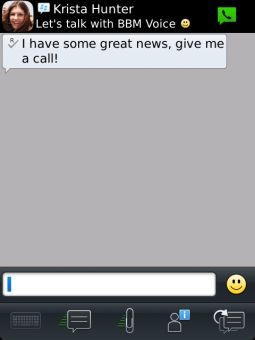 BBM will be available as a free app for iOS and later or Android 4.0 and up. At launch users will be able to use messaging and group chat features, but eventually the goal is to offer the full BBM experience with support for video, screen sharing, and more.

While the move gives customers one less reason to buy a BlackBerry handset, it makes sense since given BlackBerry’s declining share of the smartphone market. BBM is also hardly the only chat service around, and going cross-platform will help BlackBerry compete with rivals including Kik Messenger and WhatsApp.

If BlackBerry had made this move a few years ago, maybe there wouldn’t be as many of those rival services.