The single-board computer space has sort of blown up in the six years since Raspberry Pi released its first credit card-sized computer.

Over the past year, we’ve seen a number of models powered by Rockchip’s RK3399 hexa-core processor. But the latest isn’t so much a single-board PC as an entire ecosystem of products designed around a RK3399-powered SBC.

The Khadas Edge line of computers and accessories are up for pre-order for $99 and up through an Indiegogo crowdfunding campaign, and they’re expected to start shipping in January. 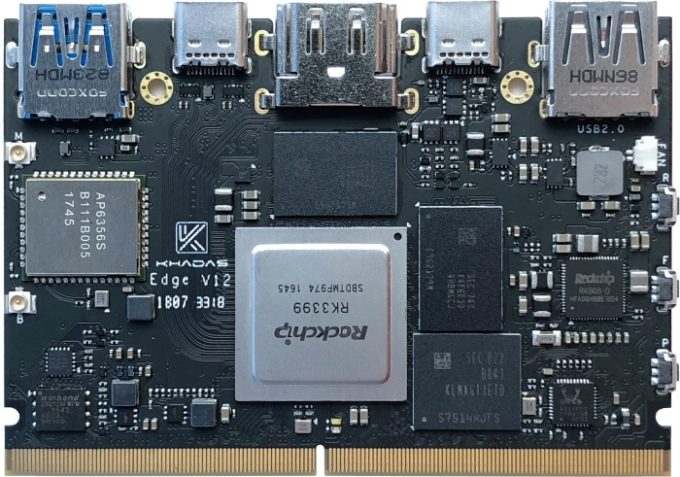 The Khadas Edge is a Raspberry Pi-like mini computer with all the usual bells and whistles, plus a 314-pin connector that lets you attach it to a carrier board for added functionality.

The Khadas Edge-1S is a model with a RK3399Pro chip featuring a neural processing unit. And the Khadas Edge-V is more of an all-in-one device. 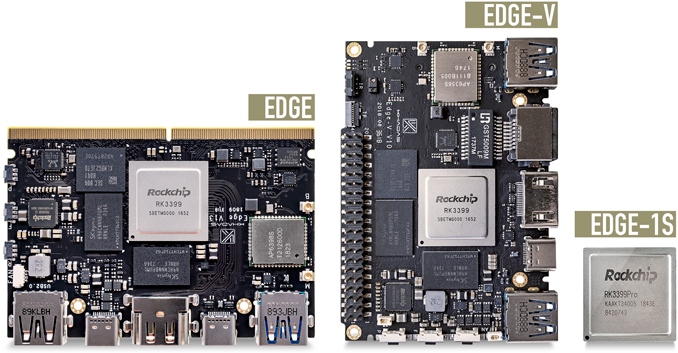 The Edge-1S adds dedicated LPDDR3 memory for the neural processing unit, so it comes in three configurations:

If you want additional ports and features, you can buy a Khadas Captain carrier board.

You can plug the Khadas Edge into the carrier board the same way you would insert a stick of RAM into a computer, and it gives you an M.2 2280 socket with support for PCIe NVMe solid state storage, an accelerometer and gyroscrope, a 40-pin connector, a 3.5mm audio jack, programmable game control buttons, and other features.

It also has an Li-Po battery charging circuit, allowing you to connect a battery pack, MIPI-DSI and eDP connectors for an optional touchscreen LCD display.

In other words, depending on which version of the Khadas Edge you buy and which accessories you opt for, the system could be used as in a home media center or as a handheld gaming device. You could use it for digital signage or use it as a platform for developing your own hardware powered by the tiny computer.

The company says the Khadas Edge and Edge-V are already production ready. But it’s hoping to raise money through the crowdfunding campaign to bring the Edge-1S to market (if Khadas can raise at least $200,000) and to manufacturer a new “NextC Case” for the little computers (if it raises at least $350,000). 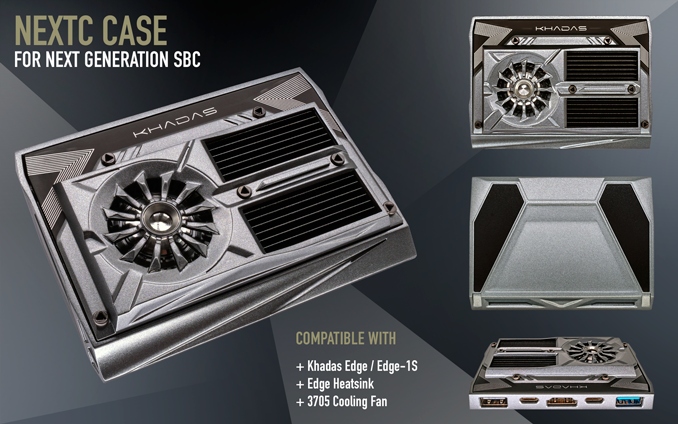 via FreakTab and Khadas Forum