E Ink displays are often associated with eBook readers, but they’re also available for digital signage and other applications. But Chinese electronics company Hisense is one of the only companies producing smartphones with E Ink displays, and the company has also used electronic paper for other devices like tablets and portable music players.

Now Hisense has launched a new device that’s actually positioned as an eReader. But it’d be easy to mistake the new Hisense Hi Reader as a phone: it’s a pocket-sized device that runs Android software and has the specs of a mid-range smartphone. It’s more like a black and white iPod touch alternative than a Kindle alternative. 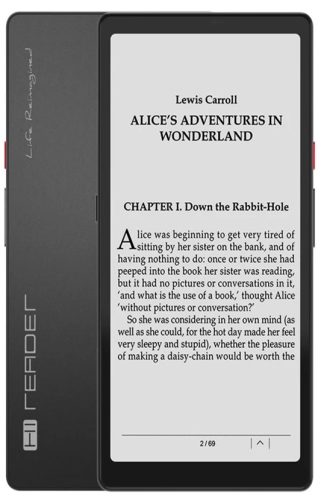 The eReader has a 6.7 inch, 1280 x 825 pixel E Ink display with support for up to 16-shades of gray, a front-light with 36 levels of brightness, and support for capacitive touch input. It’s shaped more like a phone than a typical eReader, and measure just 7.5mm thick and weighs just 177 grams, making it a bit easier to slide into your pocket than most Kindle or Kobo devices.

But thanks to a Unisoc T610 octa-core processor, 4GB of RAM, 64GB of storage, and Android 10 software, the Hi Reader should be a bit more versatile thank a typical Kindle or Kobo eReader. Not only can you use it to read eBooks or play music or podcasts, but the device can also run third-party Android apps.

You’ll need to sideload those apps though – there’s no native support for the Google Play Store or other Google apps and services. Some international sellers seem to be pre-loading the Aurora Store, which is an open source Google Play Store clone that allows you to download many, but not all apps available from Google’s app store. But some apps, like Google Maps, may not work properly. 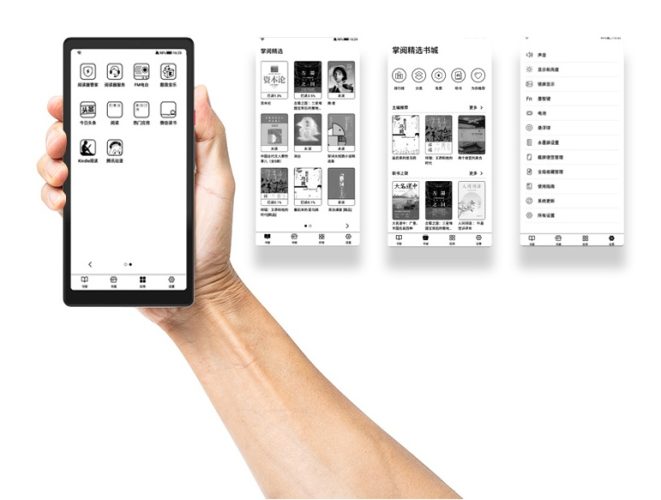 But you should be able to sideload apps from third-party app stores or other locations much the same way you can on an Amazon Fire tablet or most other devices running Android-based operating systems.

The Hi Reader is available in China for about $280, but folks in other countries will likely have to pay around $380 or more to pick one up from an international reseller via AliExpress.

If you want to see the Hi Reader in action, here’s a Chinese-language video review: