Most Android phones, tablets, and TV boxes sold in the US ship with the Google Play Store pre-installed. Some devices, like the Amazon Fire line of tablets lack the Play Store, but it’s often easy to find a way to load it yourself. 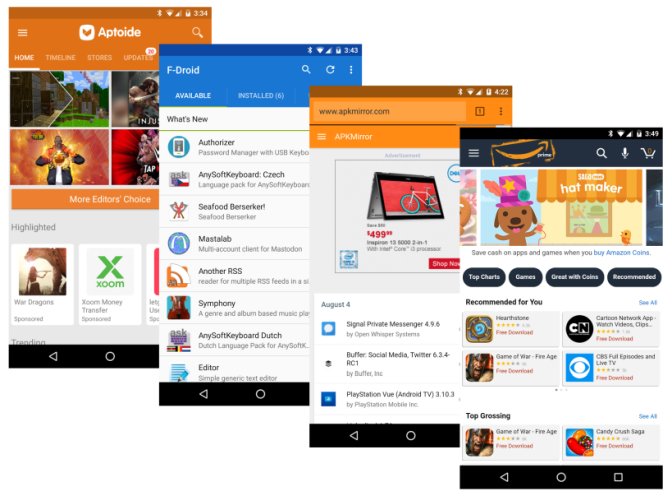 The first step is to enable installation of apps from unknown sources from the Security section in your device’s settings. The next is to download apps from a trusted third-party source… like one of those mentioned below.

Note that this list does not include sites known for hosting pirated apps. If that’s what you’re seeking, you should probably look elsewhere. Instead we’re focusing on ways to install apps without going through the Google Play Store.

There have been a number of websites and mobile apps over the years that have allowed you to download Android APK files. This site, operated by the folks behind the popular Android Police blog, is one of the most trustworthy… although it does have some limitations.

All apps uploaded to APKMirror are verified before you can download them, and if you do download an app from the site and install it on a phone that has the Play Store, any future updates will be automatically downloaded from Google. 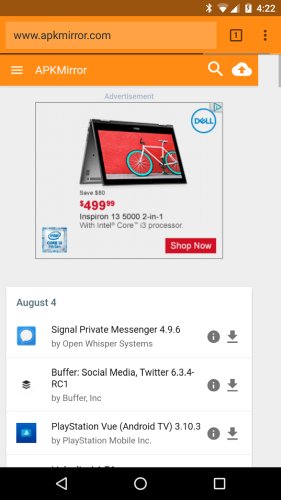 That said, APKMirror does not maintain a comprehensive list of all Android apps. Instead, it offers a curated list of popular apps that make it easy for users to download software that may not otherwise be available.

Not only does APKMirror make it easy to install apps if you don’t have the Play Store. It helps you get early access to apps that may not yet be available to you through the Play Store due to phase rollouts or regional restrictions.

Download and install the Aptoide APK on your Android device, and you’ve basically got a third-party app store up and running in seconds. But that’s just the tip of the iceberg.

Aptoide isn’t just an app store. It’s a platform that supports multiple app stores (or repositories). Out of the box it includes a default store, but you can “follow” third-party stores or create your own. 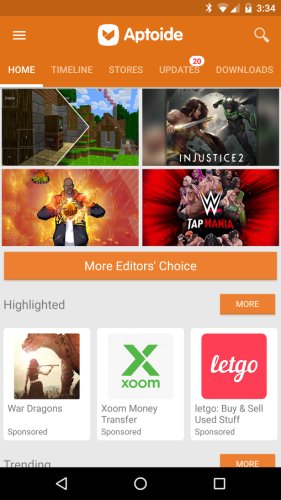 Like most other stores on this list, that means you may not have access to every app that’s available from the Google Play Store. But you can also find some apps which are not in the Play Store by searching through multiple repositories.

It’s worth noting that some of those repositories may distribute apps that have been illegally uploaded. Proceed with caution if that’s something that concerns you.

Aptoide features include the option to download updates automatically, opt to only download apps on WiFi and/or mobile data, view or hide adult content, and allow root installation.

Want to make sure you’re only running free and open source apps on your Android device? That’s all you’ll find in the F-Droid app store. 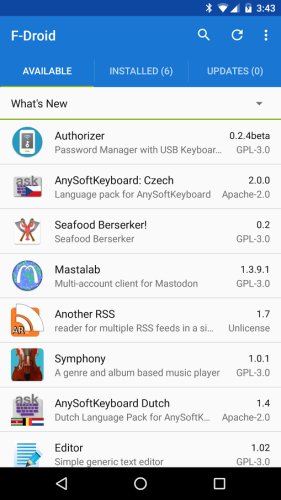 While that means many of the most popular Android apps are not available, F-Droid does have open source alternatives for many popular categories, ranging from maps and navigation to music players.

This is basically the app and game store Amazon uses for its Fire tablets and TV boxes. But you don’t need an Amazon Fire device to use Amazon’s app marketplace.

You can download and install the APK on just about any Android-powered device that supports installation of apps from unknown sources.

Or you can install the official Amazon shopping app for Android, login to your Amazon account, and open the Appstore from the navigation menu. 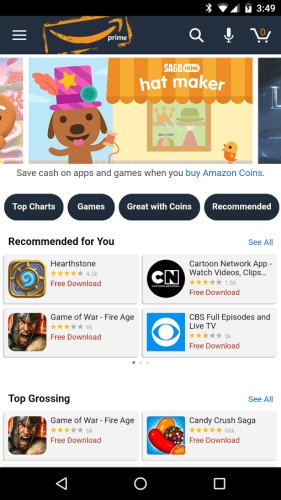 Amazon’s store includes hundreds of thousands of apps and games, including some (but not all) of the most popular apps available from the Play Store. But sometimes the Amazon Appstore versions are updated more slowly than their Play Store counterparts.

Want to get your apps straight from the Play Store without actually installing the Play Store on your device? This desktop appplication for Windows, Mac, or Linux lets you login to the Play Store from a PC and download APKs directly from Google.

Then you can just copy them to your device to install them.

It’s not the quickest or most elegant solution. But it is a powerful option for folks who want full access to Google Play… or who want to save backups of the apps loaded on their phone. You never know when an update will break functionality that you rely on, and there’s rarely an officially supported method for rolling back to an earlier version of an app. If you have a backup of that older app though, you can always reinstall from that backup.

This is another tool that downloads APK files directly from the Google Play Store. But while Raccoon runs on a PC, Yalp Store runs on your phone (or other Android device). And it doesn’t require you to login with a Google ID, it uses its own.

Yalp Store has a very simple user interface, but it allows you to browser by category or search the Play Store, search for updates for installed apps, and offers filtering tools that let you hide paid apps or apps with ads, for example. You can even pretend to be a different device if you want to access apps that aren’t normally available for your device in the Play Store. 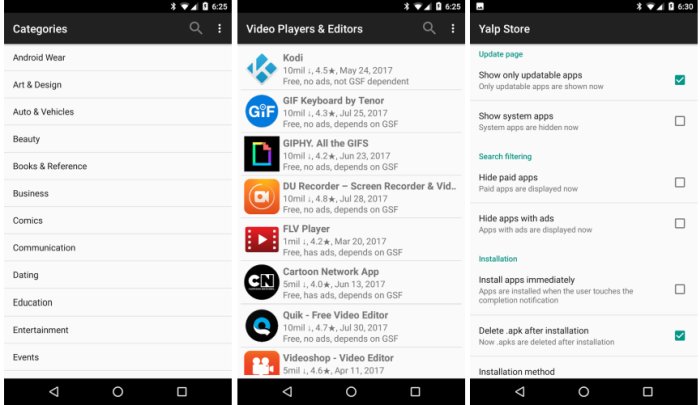 Another nice feature is that Yalp Store will let you know if an app you want to install relies on the Google Services Framework (most apps distributed through the Play Store do — but many of them will run even on devices that don’t have it installed).

Basically, the app store lets you use the Play Store without using the Play Store… but it does have its drawbacks. For instance, if you’ve purchased apps in the past using a Play Store account, Yalp doesn’t know that. And you can only download free apps using the Yalp Store.

As for the simple user interface? It’s intentional. Yalp Store is compatible with every version of Android since Android 2.0, and Material Design could actually make the app more cumbersome on older devices.

It’s also worth noting that Yalp Store relies on a reverse engineered version of the Google Play Store API and the developer acknowledges that the app violates the Google Play Terms of Service. So while the app is fairly safe to use for now, there’s always a chance Google could shut it down one day.

The above list is by no means comprehensive, but it presents several fairly safe places to find Android APK files (with the caveat that the developers of Aptoide have no real control over what’s uploaded to third-party repositories, so be careful when choosing stores to follow).

There are a number of other third-party solutions for obtaining Android apps.

The last time I compiled a list, it was much, much longer. But some of the solutions included in that list are no longer available, and others are no longer your best options.

For instance, SlideMe and GetJar are still around. But the GetJar mobile app still looks like it was designed for Android 2.x, and the SlideMe app is filled with versions of apps that haven’t been updated in years (the newest version of Facebook listed, for instance, is from January, 2016).

There are many websites and mobile apps that offer a more up-to-date set of apps for download (and which feature more modern designs). APKPure is a pretty nice one, and the site’s mobile app even mimics the look and feel of the Google Play Store in many respects. APK-DL is another. But you do run the risk of obtaining modified versions of Android apps when downloading from some of these sites, so proceed with caution.

For the most part, I trust the sites listed above more than any option I’ve linked to in this “Other Sources” section, but I did want to point out that the list is hardly complete.