As expected, the folks at EeWrite have launched a crowdfunding campaign for their E-Pad tablet. It’s a 10.3 inch Android slate with an E Ink display, WiFi and 4G LTE support, and an optional Wacom pen for writing notes, annotating documents, or drawing pictures.

EeWrite says the retail price for the E-Pad will be $699, but folks who back the company’s Kickstarter campaign can reserve one for as little as $399 (which is the “Super Early Bird” price).

If everything goes according to plan, EeWrite should ship E-Pad tablets to backers in August. 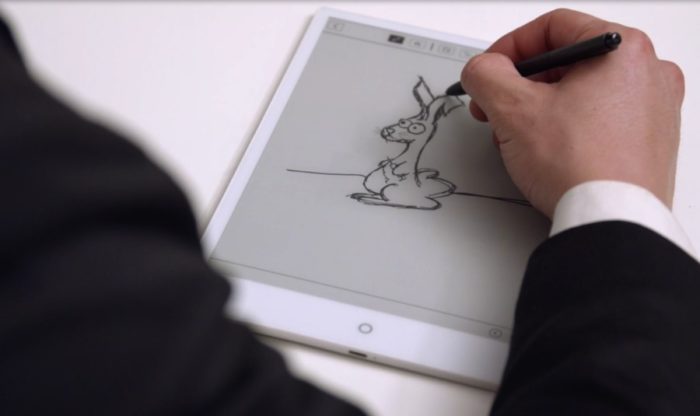 We’ve been sent a demo unit, and KT should have an article with some initial impressions soon.

For now, here’s what I can say about the device. It’s basically a pen-enabled, 4G-capable Android tablet, except it has an E Ink display. The good news is that means it’ll consume less power than most devices with color screens and be easier to view outdoors. The bad news is that many Android apps aren’t really optimized for monochrome displays with low screen refresh rates.

So it’s probably better to think of this as a device for reading and writing rather than a general-purpose tablet… although you can sort of use it like one if you really want to.

It features a 10-core processor, 2GB of RAM, 32GB of storage, and a microSD card reader. The tablet weighs about 14 ounces, supports WiFi, Bluetooth, GPS, and 4G LTE and has a mic and speaker. The display is an 1872 x 1404 pixel E Ink screen with 227 pixels per inch.

Optional accessories include a Wacom EMR pen with 4096 levels of pressure sensitivity and a case, which are going for $29 and $15, respectively during the Kickstarter campaign.