The HP TouchPad may have been discontinued a year ago, but this old tablet can still new learn new tricks. Not only have we seen every major version of Android ported to run on the TouchPad, but now the folks at webOS Ports have also released software that brings new tricks to the original webOS operating system. 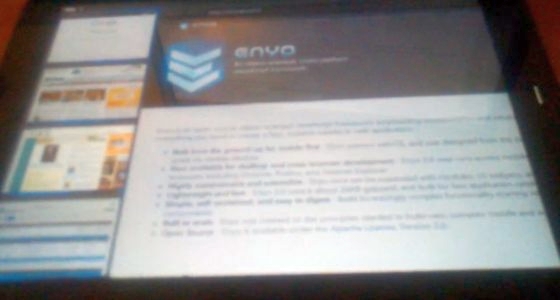 In June HP released the source code for a number of webOS 3.0.5 components, calling the software webOS Community Edition. Not every bit of code was made available, because there are proprietary components of webOS that HP doesn’t have the rights to distribute.

But the independent developers at webOS Ports have been working with the available code  to modify the behavior of the LunaSysMgr user interface for webOS. This has let developers change the way webOS functions by altering the default keyboard, adjusting the way you can switch between apps, and making other changes.

Now the webOS Ports team has released a version of their modified LunaSysMgr, called LunaCE. It’s still in alpha, which means it’s rough around the edges and some features may be broken. But if you want to test it on your TouchPad, you can install the package using PreWare.

You can find more details on how to do that at the webOS Ports site and at webOS Nation.

Unfortunately LunaCE isn’t available for HP or Palm smartphones, since webOS 3.0.5 only runs on the HP TouchPad Tablet.