The Apple Mac Mini is getting its first major update since 2020 this month. The new Mac Mini is up for pre-order now for $599 and up and it will be available starting January 24, 2023.

For the starting price you get a model with an Apple M2 processor, 8GB of unified memory, and a 256GB SSD. But the system can be configured with up to an M2 Pro chip, 32GB of memory, and 8TB of storage (if you’re willing to pay a lot more for some of those upgrades – prices start at $1299 for models with M2 Pro chips). 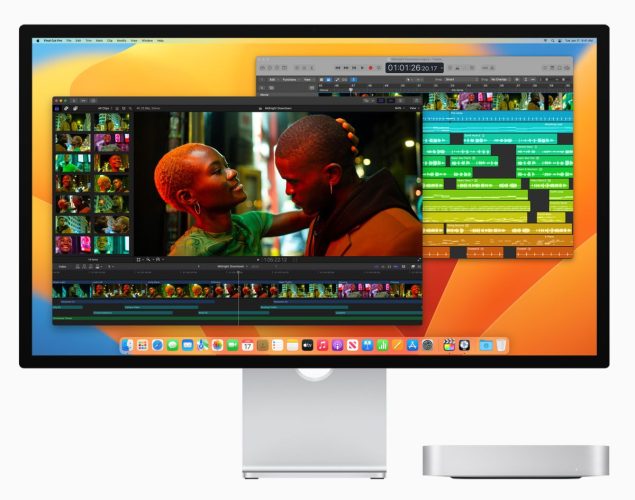 Apple says even the entry-level models offer significant performance boosts over the previous-gen model, with up to 50 percent faster filter and function performance in Adobe Photoshop or up to 2.4x faster ProRes video transcoding in Final Cut Pro.

You can expect even more of a performance gain from models with the M2 Pro chip, which has more CPU and GPU cores, support for more memory, and twice the memory bandwidth at 200GB/s.

Models with M2 chips feature two Thunderbolt 4 ports, while M2 Pro models have four. Each supports 40 Gb/s data transfer speeds and DisplayPort alt mode for video output. And that Ethernet port? By default it supports Gigabit speeds but you can pay an extra $100 for 10 GbE Ethernet.

Apple says 2023 Mac Mini computers with M2 chips support up to two displays, while M2 Pro models can support up to three displays or a single 8K display, making it the first Mac Mini with that capability. All models support WiFi 6E and Bluetooth 5.3.