The Samsung Galaxy Note 10.1 is an Android 4.0 tablet with a 10 inch display and a quad-core processor. There’s nothing all that new about that… quad-core Android tablets are all the rage these days.

But most of them don’t include active digitizers, digital pens, and Samsung’s S-Pen software that lets you draw or write on the screen.

Update: Looks like someone launched that pre-order page a little early. It’s been de-activated. 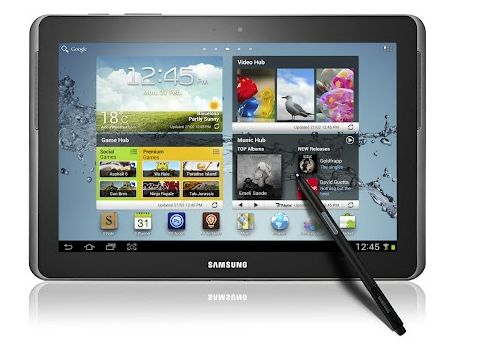 According to Amazon, the tablet will ship within 3 to 5 weeks, and includes 32GB of storage. But I’d take the listing with a grain of salt — Amazon also says the tablet has a 1.4 GHz quad core Xeon processor.

Since Xeon chips are Intel x86 processors, I’m going to go out on a limb and suggest that Amazon has got something wrong.

It’s much more likely that the Galaxy Note 10.1 has a Samsung Exynos quad-core CPU.