Raspberry Pi’s single-board computers are surprisingly versatile devices that can be used for all sort of things ranging from desktop PCs to game consoles to smart speakers. Hackers have also been building Raspberry Pi-powered laptops for years, and back in 2014 a UK-based team launched one of the more interesting versions, since the Pi-Top allowed you to modify the case designs yourself using a 3D printer.

Now the company is updating its hardware with a new modular Pi-Top model that features a bigger, better display, a sliding keyboard that makes it easy to access the system’s insides, and an “inventor’s kit” to get you started with developing hardware projects.

The 2017 PiTop is now available for $285 if you already have your own Raspberry Pi 3. You can also spend $320 to buy a bundle that includes the Raspberry Pi computer. 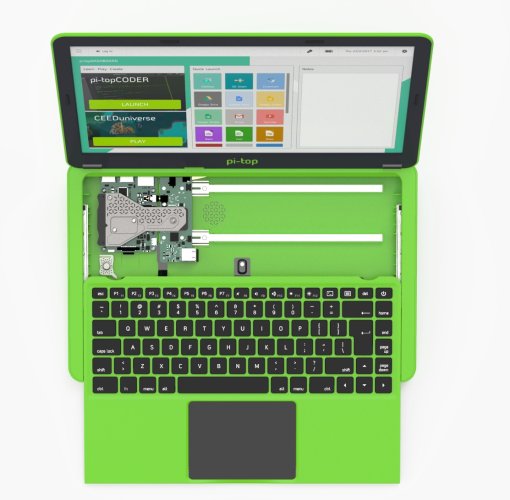 Once a Raspberry Pi 3 is placed inside, you’ve basically got a laptop with a full HD display, HDMI, Ethernet, and four USB ports, 802.11n WiFi, Bluetooth 4.1, an audio jack and a microSD card slot.

The system is powered by the Raspberry Pi’s quad-core ARM Cortex-A53 processor and since the keyboard slides forward to reveal the Raspberry Pi, you can attach accessories to the 40-pin GPIO connector or the camera interface, among other things.

The Pi-Top should get around 6 to 8 hours of battery life, and the system is designed to work with Pi-TopOS, which is based is a GNU/Linux-based operating system built from Raspbian (which is based on Debian if you want to keep going down the rabbit hole).

Pi-Top ships the kit with an 8GB SD card with the operating system preloaded. 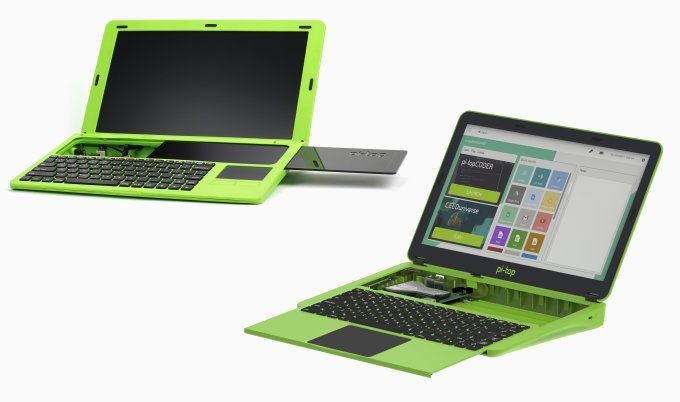 The changes between the original Pi-Top and the new model include:

The case has also been redesigned so that the touchpad is below the keyboard instead of next to it. This allows for a full-sized keyboard. And the keyboard now slides forward to reveal the Pi-Top’s insides. Previously there was a separate, removable panel above the keyboard, which helps explain the unusual keyboard system.

Pi-Top’s new inventor’s kit is a booklet with instructions for creating more than 20 different projects, as well as cut-out robots, spaceships and other designs for those projects.