Chinese device maker MeegoPad offers several tiny Windows computers that are about the same size and shape as an Intel Compute Stick. Now the company is offering something a little larger and a little more powerful.

The MeegoPad T04 is mini PC with a semi-circular case that measures about 4.1 inches across and 1.4 inches high. It’s powered by an Intel Atom Cherry Trail processor and should support Windows. 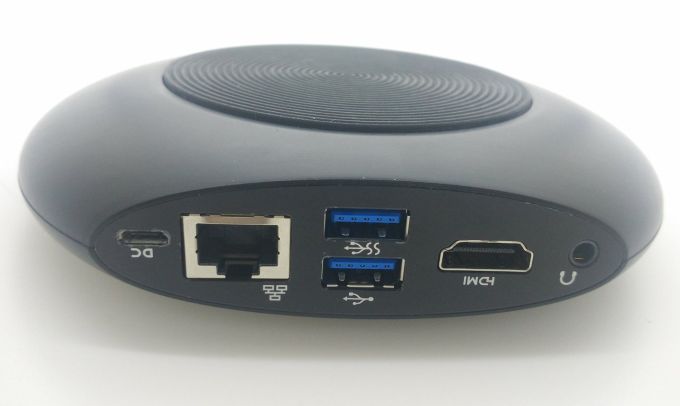 There’s an Ethernet port, HDMI output, and a headphone jack.

While the computer is said to ship with Windows 8.1 software, it’s not entirely clear if you get a fully licensed, activated, and “genuine” version of Windows or not. MeegoPad has a mixed record: in the past the company has shipped devices with unlicensed copies of Windows, and the Amazon product page says this new model runs Windows 8.1 Pro — which seems highly implausible for a device in this price range.

Still, the system should certainly be capable of handling Windows 8.1 or Windows 10 software. You just might have to pay for the OS yourself. 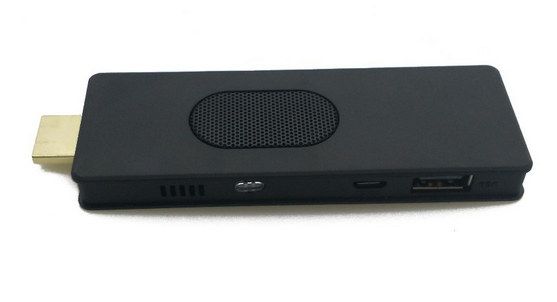 MeegoPad also recently updated its line of PC-on-a-stick products with the new T03. It’s said to have better cooling than previous models and to ship with dual OS software, allowing you to run Android or Windows. But again, it’s unclear whether this little computer has a licensed version of Windows.

As for the larger MeegoPad T04, it may not be the only device in its class for long. Tronsmart recently unveiled its own mini PC with an Atom Z5-Z8300 processor. The Tronsmart Ara X5 should be available sometime this month.