That means that pretty much any app that can run on Android 4.2 can also run on a Kindle Fire — assuming it’s available for download from the Amazon Appstore. But Amazon didn’t just give Android a custom skin and link the operating system to its own book, video, and app stores.

Fire OS 3.0 Mojito and other software updates let you download videos from the Amazon Prime Instant Video collection for offline viewing, tap a “Mayday” button to get free, live support within 15 seconds at any time of day, and more. 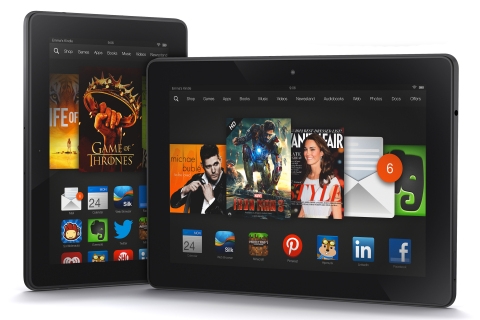 Here are a few of the highlights:

Don’t like the carousel view that Amazon’s been using as the home screen on Kindle Fire tablets? You can now choose a grid view instead, allowing you to see more content at once.

But there’s still an emphasis on showing all types of content on your home screen. You don’t just get icons for apps, but also music, movies, and other content.

Amazon Prime subscribers have always had a few extra perks including the ability to borrow a book a month from a huge digital library, and stream thousands of TV shows and movies from the internet.

Starting with Fire OS 3.0, subscribers can also download those videos for offline viewing.

When you buy your first Amazon Kindle Fire tablet, you’ll also get a month of Amazon Prime for free so you can try this feature before plunking down $79 per year for a subscription.

Not every video in the Prime Instant Video library will be available for download, due to licensing restrictions on some content.

The Mayday Button is available on all of Amazon’s new tablets, and offers a 1-tap way to get in touch with Amazon support 24 hours a day. Amazon says the goal is to offer live support in 15 seconds or less. 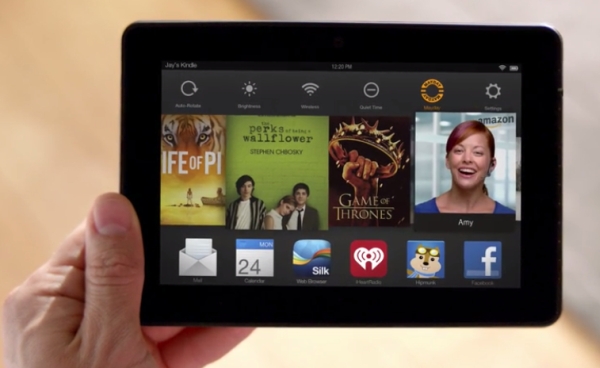 Support personnel will pop up in a video chat window, and they’ll be able to either remotely control your device to fix problems or draw on your screen to walk you through the process of doing it yourself. 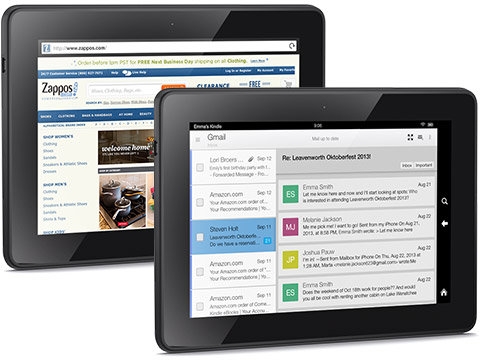 For instance, there’s support for threaded messages and managing labels in the email app. There’s no native Gmail app available for Kindle Fire devices, but it should now be easier to use the default email app to access your Gmail account.

Amazon’s X-ray feature for Kindle eReaders has been around for a while, offering the ability to find more details about the characters, themes, and other topics in a book with information from Wikipedia and other sources.

Now X-ray is also available for music (with lyrics that scroll as you listen), and details about characters, actors, and other details for videos.

Want to send content from your Kindle Fire your to your TV? You can “fling” content from the tablet to a supported television and use it as a second display. 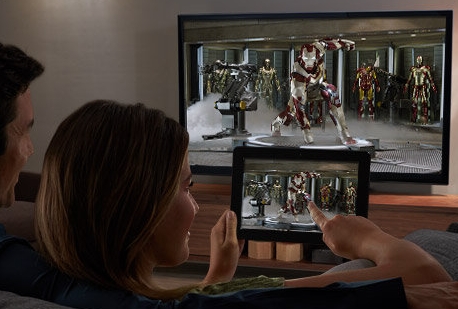 That lets you watch a video on the TV while you’re using X-ray to look up details about the flick on your tablet. Or you can can do ignore the video altogether and check your email or surf the web while the movie continues to play.

Second Screen isn’t just limited to videos — you can also send other content to a TV.

Right now the Second Screen software works with the Sony PlayStation 3 or PlayStation 4 or recent Samsung TV sets. There’s also limited support for any TV with Miracast — you can mirror the content of your screen to a Miracast-enabled TV.

When you fling Amazon Instant Video from your tablet to a TV it’s actually streamed straight from the internet to your TV without going through the tablet. This is a lot like the way you can use an app on your phone, tablet or PC to send content to a TV with a Google Chromecast device — and according to Engadget, there’s a chance that Amazon’s Second Screen service might eventually work with Google’s Chromecast.

Amazon says you’ll be able to get up to 12 hours of mixed-user battery life out of its new tablets (or at least the Kindle Fire HDX 8.9, which has the largest battery). But you can get even more run time if you’re only reading books.

For what it’s worth, that’s still less than half the battery life you get from a Kindle tablet with an E Ink screen — but the fact that you can get even this close with a tablet sporting a full color, high-resolution display, support for HD video, and gaming is pretty impressive. 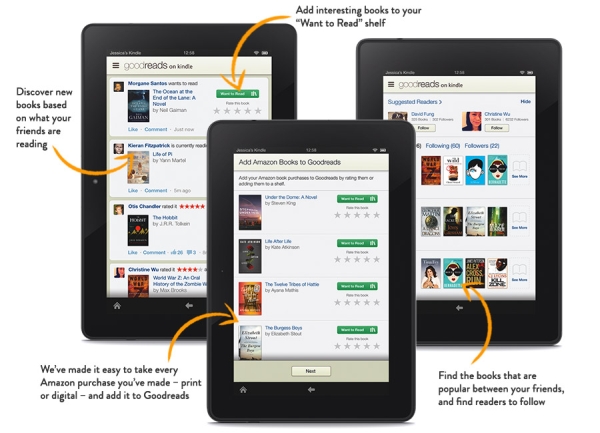 While folks like to paint Amazon’s tablets as little more than digital delivery systems for content from Amazon’s app and digital media stores, the hardware is pretty impressive, the prices are good, and the addition of security and enterprise features could make them a viable solution for some business customers. 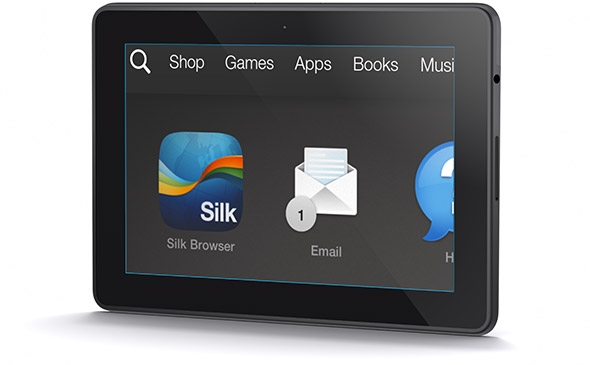