Google has announced plans to launch new hardware on October 4th, but the folks at Droid Life apparently got impatient (and got their hands on some juicy leaks), because they’ve published a bunch of pictures, prices, and other details about upcoming Google products. 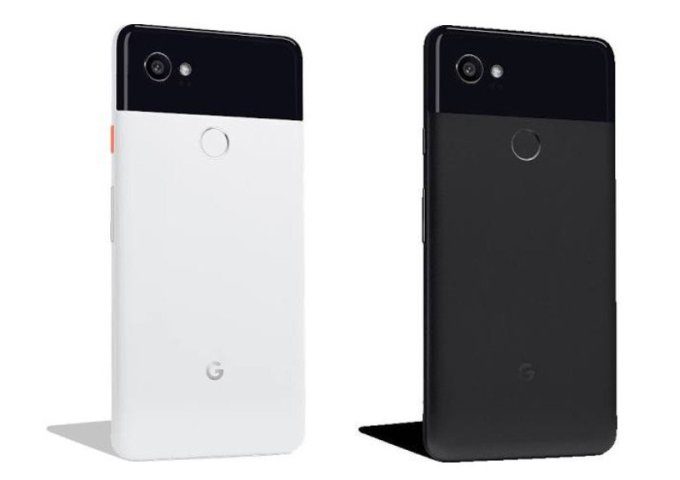 Details about Google’s upcoming phones have been leaking for months. There will probably be two models: a 5 inch phone most folks are calling the Pixel 2, which will feature updated specs, but a design that’s a lot like last year’s Pixel.

And then there’s the Pixel 2 XL, which will have a nearly 6 inch display, but a relatively compact design thanks to slim bezels. While Droid Life isn’t giving us a look at the new screen yet, the site does have image showing what the phone will look like in several different color options.

One model has black on the top and bottom, but there are also options to have a white bottom and black top, or vice versa.

The smaller phone is said to have a design that’s closer to the original Pixel and Pixel XL, although Droid Life’s pictures of the back of the phone indicate it’ll have a smaller glass section on top (which is pretty much what we’d been expecting). 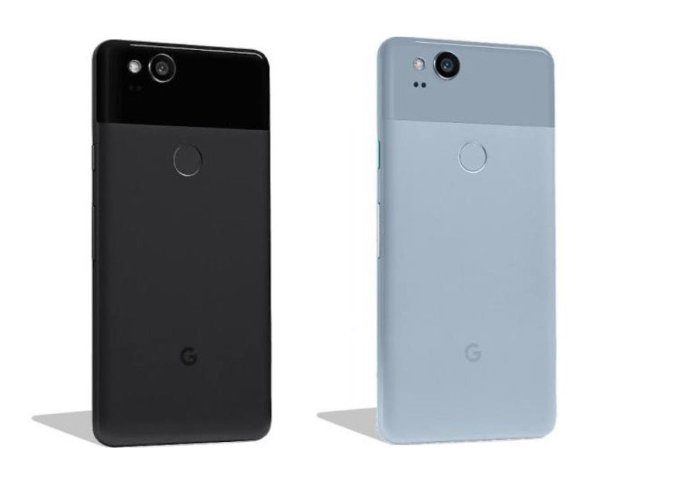 The good news is that the Pixel 2 will have the same starting price as last year’s 5 inch Pixel, even though it has updated specs (including twice as much storage fro the entry-level model).

The less good news is that the starting price is still $649, which isn’t exactly cheap. For that price, Droid Life says you’ll be able to pick up a Pixel 2 with 64GB of storage in white, black, or blue. A 128GB model will set you back $749.

Bargain hunters in search of a stock Android experience and regular software updates may have another option though: Rumor has it that Motorola and HTC will be launching Android One phones with mid-range specs (and prices) soon, and that those phones will be among the first Android One devices sold in the United States.

Google is set to expand its smart speaker lineup with a new model that’s less than half the price of the original.

While the first Google Home was priced at $129 at launch, making it more affordable than Amazon’s $180 echo and way cheaper than Apple’s upcoming $349 HomePod, Google didn’t have anything to compete with Amazon’s $50 Echo Dot… until now (or a few weeks from now, anyway).

The Google Home mini is a small speaker with support for Google Assistant voice controls. It will come in “chalk,” “charcoal,” and “coral” color options, and has swappable bottom panels if you want to mix and match colors. And there are LED lights on top that should illuminate when the speaker is in use.

Google is apparently updating its gadget for strapping a phone to your face.

The new Daydream View looks… a lot like last year’s model. It seems like Google may have changed the materials a bit, which could help make the new version more comfortable and/or easier to clean. But it’s still basically a phone holder with a head strap and a wireless remote control. 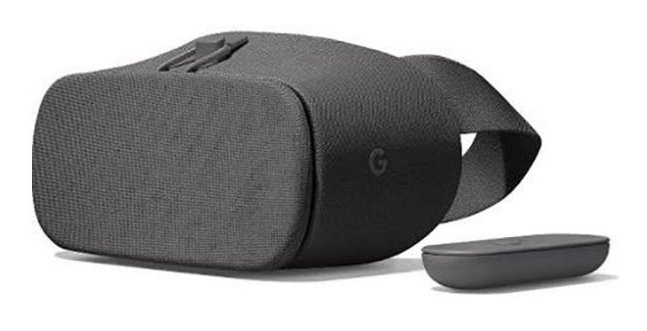 Google is also updating its Daydream virtual reality platform to support standalone headsets that work without any phone inserted. But with a $99 price tag (up from $79 for the first-gen model), and a clearly visible latch for holding a phone in place, this doesn’t seem to be a standalone device.

It’s unclear if Google has any plans to offer its own standalone device, but we know that HTC and Lenovo are two of the companies already working on third-party Daydream standalone hardware.