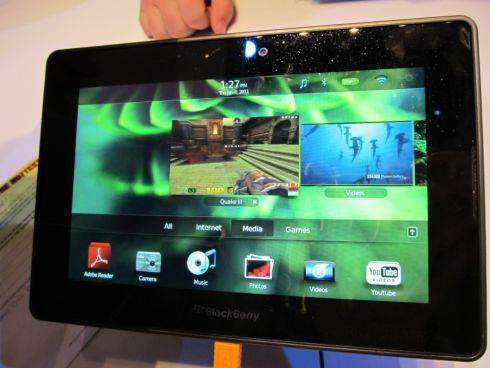 Research in Motion’s BlackBerry PlayBook tablet isn’t selling very well. While the company had hoped to ship at least 4 million tablets this year, it appears that fewer than 800 thousand BlackBerry tablets were shipped in the first half of 2011, and it’s not clear how many of those are still sitting on store shelves (instead of in customers’ hands).

The company is hoping to boost sales through price cuts and software updates to make the tablet more functional, but according to DigiTimes the production lines for the tablet have already been cut back.

Taiwanese original equipment manufacturer Quanta is producing the PlayBook for RIM, and the company has reportedly seen decreased orders for the tablet and as a response it’s had to lay off workers and slow down production.

It’s also possible that RIM could have as many as 800 thousand unsold tablets hanging out in a warehouse somewhere. Yes, that’s just about as many as the company managed to ship since launching the tablet earlier this year.

RIM isn’t giving up on the PlayBook yet, so don’t expect to see an HP TouchPad-style liquidation anytime soon. But the tablet’s future doesn’t look all that bright, even though there are some things the 7 inch tablet actually does quite well.

One reply on “BlackBerry PlayBook orders reduced due to low demand”