A few days after plans to launch a YotaPhone 3 were announced, the folks at Engadget have published some of the previously undisclosed specs.

We already knew the YotaPhone 3 (also known as the Yota3, apparently) would feature a color display on one side and an E Ink screen on the other, much like the company’s earlier phones. And a 64GB model is expected to sell for about $350 when it launches in China this fall, while a 128GB model will cost about $450. It’ll take a bit longer for the phones to make their way to Russia or any other countries.

But now we know that the phones mostly have mid-range hardware to match those mid-range prices. 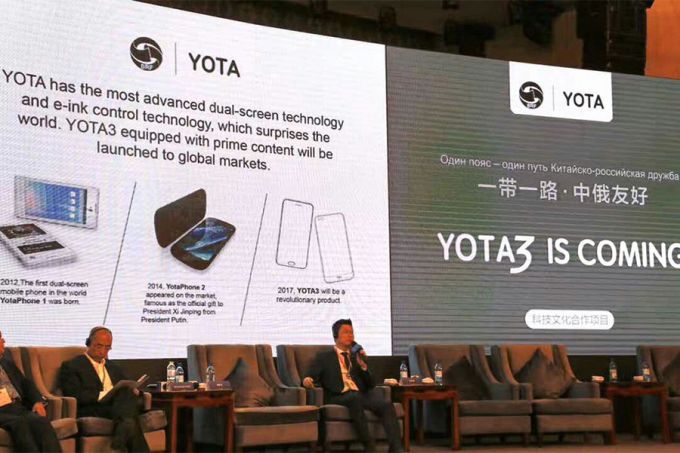 Engadget reports that the Yota3, will have a 5.5 inch, 1920 x 1080 pixel AMOLED display on the front and a 5.2 inch, 720p E Ink display on the back, making the phone a bit larger than the YotaPhone 2 which featured 5 inch and 4.7 inch screens, respectively.

Other features are said to include:

Yota Devices was one of the first companies to launch a dual-screen smartphone with a full color screen on one side and an E Ink display on the other. The idea has been copied by some Chinese manufacturers, but it’s still pretty rare to find a phone with this feature.

But Yota’s phones haven’t been huge commercial success stories. The company scrapped plans for a US launch of the YotaPhone 2, and Engadget notes that the company has undergone a bit of a transformation in recent years due to outside investment from several different entities, and the Yota3 was actually unveiled by a group called Baoli Yota rather than Yota Devices.

It’ll be interesting to see whether the strategy of launching a mid-range phone with a Snapdragon 625 chip rather than a premium model with a Snapdragon 835 processor helps make the phone more attractive to potential customers than its predecessors… or less  appealing to folks who want their phones with unusual features to be high-quality phones, first and foremost (as ZTE learned when it tried to put entry-level specs on its gimmicky crowdsourced smartphone).