Last year ZTE asked the public to help decide what crazy new product to try launching in 2017. The winning idea was a phone with eye-tracking functionality and a self-adhesive back that lets you stick the phone to a wall and scroll through web pages or other content without actually touching the phone.

But when the company revealed the final specs for its “Hawkeye” phone and launched a crowdfunding campaign on Kickstarter, the results were underwhelming.

So ZTE is canceling the campaign and promising to revamp the phone’s spec sheet to make it more attractive to potential buyers before trying again. 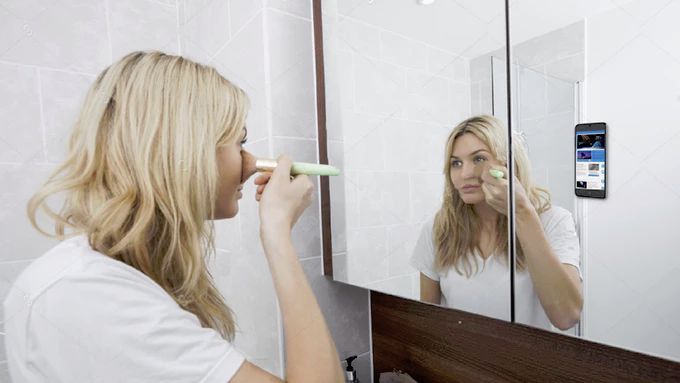 At least one problem for the lukewarm reception was that the phone had one crazy new feature, but it was otherwise pretty unremarkable. ZTE officials figured putting a new feature into an affordable phone would be a good way to get it into as many hands (or attached to as many walls) as possible.

But the same early adopters who might be most interested in trying out the first Android phone with eye-tracking support also want a phone with strong specs for day-to-day use.

ZTE plans to refund money to anyone who already backed the campaign… but with only $36,245 pledged toward a $500,000 goal, that shouldn’t take too long.

Wondering why a well-established company like ZTE went the crowdfunding route at all? This is exactly why: if ZTE had just gone ahead and produced the phone, it likely would have been a huge flop. Now the company knows just how little interest there was in this particular iteration of the ZTE Hawkeye.

But ZTE isn’t giving up. The company is going to retool the phone and unveil a version with better hardware sometime in the future to see if it receives a warmer reception.

According to Engadget, it’s likely that the new version will have a Snapdragon 820 or 835 processor and a higher price tag.