The new Windows Subsystem for Android is designed to let you run Android apps on Windows 11 computers. The official way to get apps is through the Microsoft Store and/or Amazon Appstore. Unofficially you can sideload apps from any source (we have a guide for doing that).

But what if you want to install the Google Play Store so you can access all the apps and services you may have already paid for on your phone, tablet, or other devices? Now you can do that too… although getting everything up and running is a little tricky. 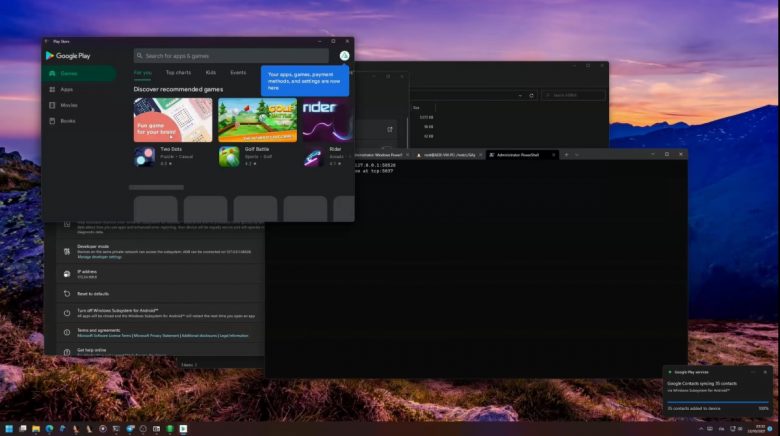 Sideloading apps with the Windows Subsystem for Android

Microsoft released an initial build of the Windows Subsystem for Android (WSA) to members of the Windows Insiders Preview program this week, and while it’s officially tied to the Amazon Appstore with only 50 apps available at launch, users have already figured out how to:

Unfortunately when I first tried using the same method to install the full Google Play Store that I’ve used countless times with Amazon Fire tablets, I ran into a roadblock: I could install and even launch the Play Store, but I was unable to login. Pressing the sign-in button did nothing.

But now there are at least two ways to install Google apps and services including tthe Google Play Store on the Windows Subsystem for Android.

Developer ADeltaX has released a tool called WSAGAScript that smashes its way through that roadblock… although it does it in a way that feels a little risky at the moment.

That’s because WSAGAScript involves downloading the Windows Subsystem for Android installer package, modifying its contents by changing partition sizes, adding Google Apps, and modifying permissions. You also need to replace the kernel with a modified, pre-rooted one that allows you to adjust SELinux settings in order to actually login to the Google Play Store (otherwise you’ll get the same unable to sign in problem that I encountered).

After you’ve done that, you should be able to restore the original kernel, which should theoretically be more secure and reliable and allow you to receive updates to the Windows Subsystem for Android from Microsoft without breaking anything.

But seeing as Microsoft has only released one build of WSA so far, there’s no guarantee that everything will continue working after an update.

Of course, it’s possible that WSAGAScript will also be updated in the future and/or that other tools that are easier to use will emerge. But for now, using WSAGAScript takes a fair amount of work.

If that doesn’t scare you off, you can find the script and written instructions at the WSAGAScript GitHub project page or check out a video walkthrough that shows the entire process from start to finish in about 10 minutes:

Update: The MagiskOnWSA repository as GitHub has been disabled, which means this method is no longer available. 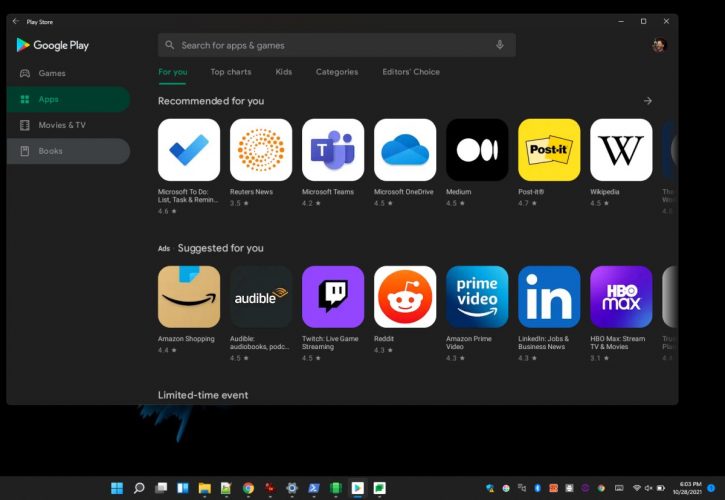