The Windows Subsystem for Android is an upcoming feature that will allow users to run Android apps on Windows 11 PCs. While it wasn’t ready to go when Windows 11 launched earlier this month, Microsoft has rolled out a preview of Android app support to members of the Windows Insider program running the latest Windows 11 preview builds.

Microsoft has also released Windows Subsystem for Android developer documentation, which provides a few additional details about how Android apps will work 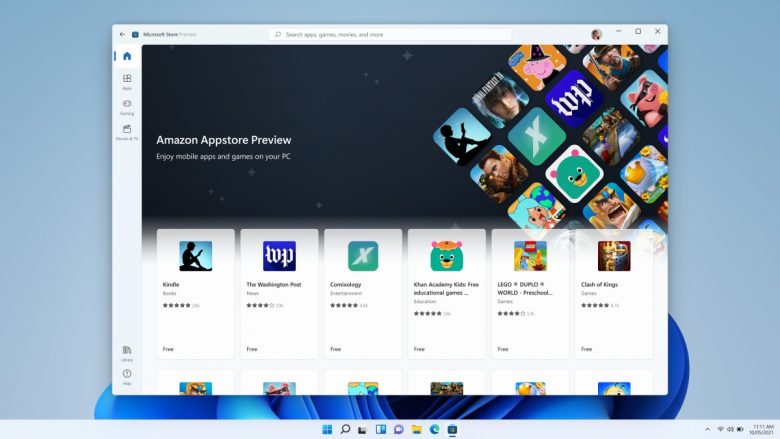 The first time you do either of those things, Windows 11 will also install WSA, and the Amazon Appstore will show up in the Windows 11 Start Menu and search, allowing users to search for Android apps as well as Windows apps.

How will I find Android apps?

Just search for them in the Microsoft Store. They’ll be listed alongside native Windows applications, and the first time you want to install one, the Windows Subsystem for Linux and Amazon Appstore will also be installed (see above). 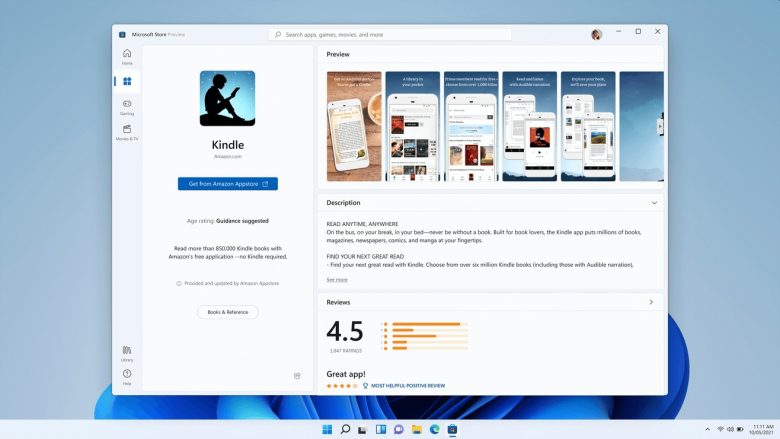 How will Android apps look in Windows 11?

While some apps may be optimized for smartphone screens, you’ll be able to resize and reposition them just like native Windows applications.

This means you can use them side-by-side with other Android or Windows apps or arrange them using Windows 11’s Snap Layouts. Apps can also be pinned to the Start Menu or Taskbar, and they’ll show up when you use Task View or the Alt + Tab app switcher. 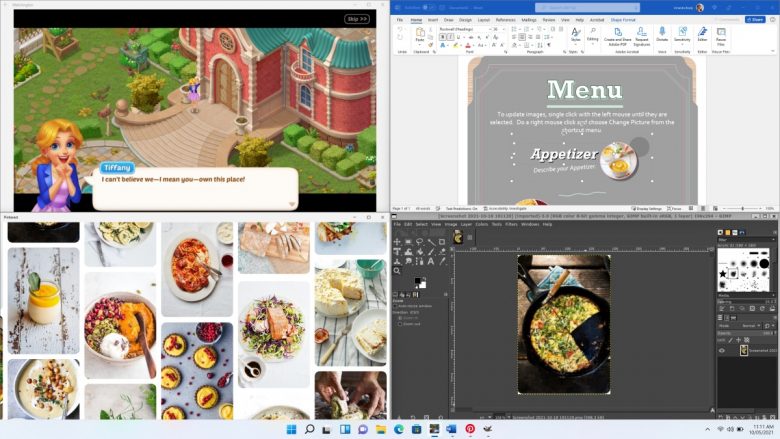 A new Windows Subsystem for Android Settings app will also be added to Windows once you’ve enabled WSA. Among other things, it will let you:

The advantage to running as needed is that WSA will consume less memory and processing power when you’re not running Android apps, but the down side is that it may take a little longer to load Android apps. 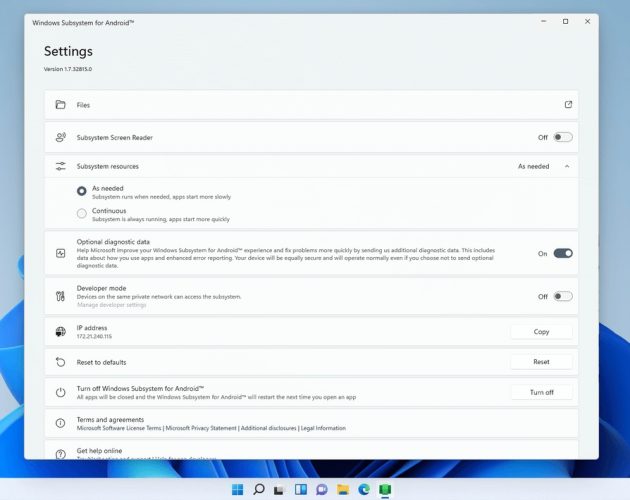 If you have plenty of memory and can handle a small performance hit, keeping things on continuous will lead to faster app and game launch times. You can always open the settings and choose that option to turn off WSA if you want to free up resources. This option will close all currently running Android apps and stop WSA from running until you launch an Android app again.

The WSA Settings will also let you toggle a screen reader for accessibility, enable developer mode for testing and debugging Android apps, or choose whether to send diagnostic data to Microsoft.

How many Android apps will be available?

Microsoft note that “in order to be available on a Windows 11 device, an Android app must be published to the Amazon Appstore” and that “currently, only a small set of apps selected by Microsoft and Amazon are available.”

At launch, that small set comes to just about 50 apps, which Amazon describes as being available “as part of a closed beta.” 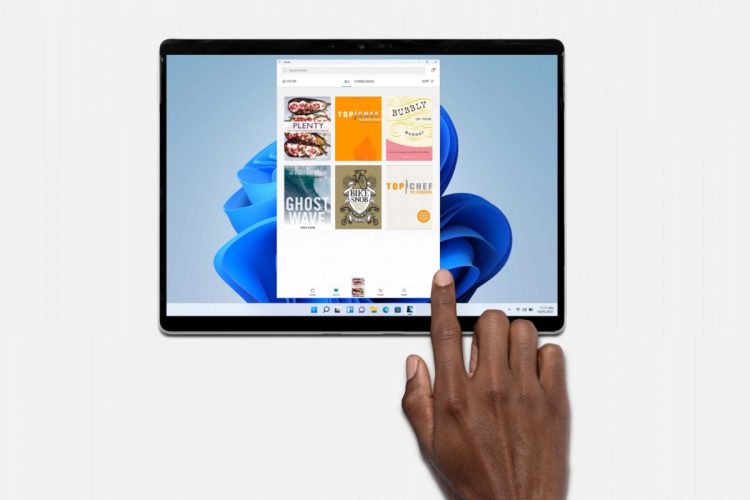 Some apps and games that Microsoft and Amazon note are already available starting today include:

That list of apps will likely grow over time, but it’s worth keeping in mind that the Amazon Appstore has hundreds of thousands of Android apps and games, while the Google Play Store has millions. So the selection of Android apps available for download from Amazon and/or Microsoft’s stores may always be limited compared to the selection available on most Android phones or tablet sold outside of China (where the Google Play Store isn’t available).

That you can sideload Android apps that are downloaded from alternatives to the Play Store or Amazon Appstore.

How well will Android apps run?

It will likely depend on the app and the hardware in your PC.

Windows Subsystem for Linux is compatible with systems featuring Intel, AMD, or Qualcomm processors. If you’re using a Qualcomm Snapdragon-powered machine, then Android apps developed to run on smartphones and tablets with ARM-based processors should be able to run natively.

But Microsoft notes that there’s a bit of extra overhead involved if you’re running apps and games designed for ARM processors on a system with an x86-64 processor from Intel or AMD. While it’s possible that those apps will still run smoothly on computers with high-performance x86 chips, Microsoft is encouraging developers who want to ensure compatibility with Windows to compile x86-64 versions of their apps so that there’s no need to rely on emulation.

What version of Android is WSA based on?

The Windows Subsystem for Android is currently based on Android 11, using Android Open Source Project (AOSP) code and a Linux kernel.

How do Android and Windows work together?

Among other things, that means you can use keyboard and mouse, touchscreen, or other input methods to interact with Android apps and games.

Note that if your system doesn’t already have virtualization enabled, you may have to set that up before you can use WSA.

Will this be a security nightmare?

Microsoft says no… but also kind of maybe?

The Windows Subsystem for android performs software-based, per-file encryption. This is not as secure as hardware-based encryption, and Microsoft suggests that “app developers should not expect their saved state to be secure.”

But Microsoft also notes that the Windows Subsystem for Android will only run on computers that meet the minimum system requirements for Windows 11, which includes TPM 2.0, among other things.

Uninstalling the Windows Subsystem for Android

While you will be able to sideload Android apps that aren’t available from the Amazon Appstore, Microsoft has clearly designed WSA with Amazon’s store in mind, because here are the official methods for uninstalling the Windows Subsystem for Android:

If you just want to remove a single Amazon/Android app, you can do that the same way you would uninstall a Windows application. It’ll have no impact on the Amazon Appstore and WSA, allowing you to continue installing and running other Amazon/Android apps.