Apple’s iPhone line of products changed the way we think about smartphones… and the company’s App Store also change the way we find and download apps to run on those devices.

So it’s not surprising that Apple eventually tried to replicate that success by launching a Mac App Store. But it’s never really taken off.

Now Bloomberg’s Mark Gurman reports that Apple is hoping to change that by launching new tools that let developers create a new class of apps that work on both iOS and macOS. In other words, download an app or game in the iPhone App Store and you’ll be able to use that same app or game on your MacBook Pro.

That could make the Mac App Store a bit more attractive… or it could just lead to confusion. All you have to do is look to the Microsoft Store for Windows PCs to see what could happen. 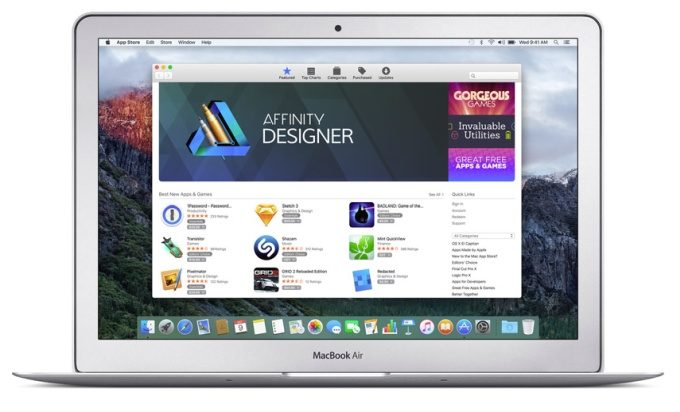 Microsoft has been trying for years to attract developers to distribute apps in its app store, which was known until recently as the Windows Store. But it’s kind of a wasteland.

It’s easy to see the appeal of this sort of app store: it provides users with a one-stop shop for getting their apps, a built-in system for making sure apps download security and feature updates automatically, and simplified billing, among other things. Companies that operate app stores can also scan apps for security issues before they’re made available to users.

But while that model makes perfect sense on Android and iOS devices, Windows and Mac users have been downloading software and games from third-party websites and stores for decades. It’s hard to break that habit. And Microsoft hasn’t really helped things by providing strict limitations on what kinds of apps can be distributed through its store: just this week Google tried to get around a restriction on web browsers by submitting an app that was really little more than a download link for the Chrome browser. But Microsoft quickly booted even that app.

It remains to be seen whether Apple’s pitch to developers and users will be any more successful than Microsoft’s. But Bloomberg notes that instead of designing two completely separate apps, one for iOS and one for Mac OS, developers will be able to create one app and distribute it on both platforms. That could lower the bar a bit and make the Mac App Store a more attractive destination for developers who might not otherwise create desktop Mac apps.

But it could also make the Mac App Store a bit messier since it’s unlikely that Apple will only feature cross-platform apps. There are still some Mac apps that are unlikely to run on iPhones or iPads anytime soon because they may require mouse and keyboard input or more processing power than is available on a mobile device. Meanwhile, it’s likely that some older iOS apps won’t ever be updated to be compatible with Macs.

In other words, it’s probably that not every app you find in the Mac App Store will also be available for iPhones or iPads… and vice versa.

Or maybe none of this is going to happen at all. Apple hasn’t officially commented on Bloomberg’s report.

Incidentally, Google has also been bringing support for Android apps to laptops. Over the past few years the company has added the Google Play Store to a number of Chromebooks, making it possible to run Android apps and games on devices running Google’s laptop and desktop operating system. The difference is that instead of merging two different app stores for two different platforms, Google has essentially loaded a full Android subsystem into Chrome OS, which means that when you’re running an Android app or game on a Chromebook, you’re really running the Android version of that app and not a version designed for Chrome OS.