The folks at Retro Games Ltd are bringing TheC64 Mini to North America in a few months.

As the name suggests, TheC64 Mini is a tiny device that looks like a classic Commodore 64 computer. While it’s aimed at the nostalgic gaming crowd, it also supports the BASIC programming language if you want to try your hand at programming new games.

The system launched in Europe earlier this year, and Retro Games has just announced that it’ll be available in North America starting October 9th. 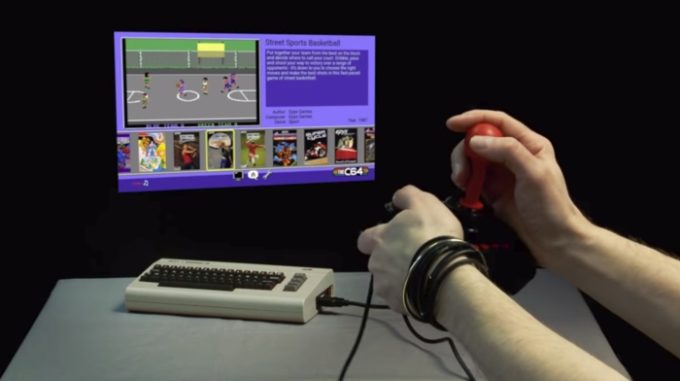 The company hasn’t revealed North American pricing yet, but it sells for about £70 in the UK, and it’s expected to go for around $70 in the US.

While TheC64 Mini looks like a half-sized Commodore 64, it has a few modern touches including HDMI and USB ports, allowing you to connect a USB keyboard and/or a modern TV. The system supports 720p video at 60 Hz via HDMI, with a 4:3 aspect ratio and support for US or European display modes.

Retro Games is also promising to deliver a firmware update for existing users soon that brings additional games, among other things.