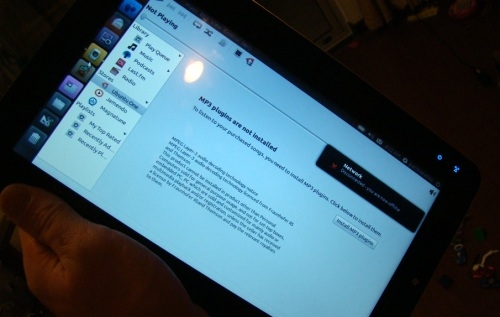 Not much was known about the TENQ P07 tablet when it first appeared. What we did know was that it ran Ubuntu Netbook Edition and featured a 10.1″ multitouch display, 1.6Ghz Intel Atom CPU, 2GB of memory, and a 32GB SSD. The GizChina blog has also learned that the P07 will include a webcam, Bluetooth and Wi-Fi (though whether that will include 802.11N isn’t mentioned) support, HDMI output, and a MicroSD card reader.

The manufacturer also states that they’re working hard to ensure that the P07’s on-screen keyboard and touch interface is top-notch. That’s good to hear, and hopefully TENQ can deliver — since software seems to be one aspect which consistently gives tablet manufacturers trouble.