Does it run well on phones with relatively dated hardware? Of course not. But it does let you do some crazy things like play classic PC games on a phone. 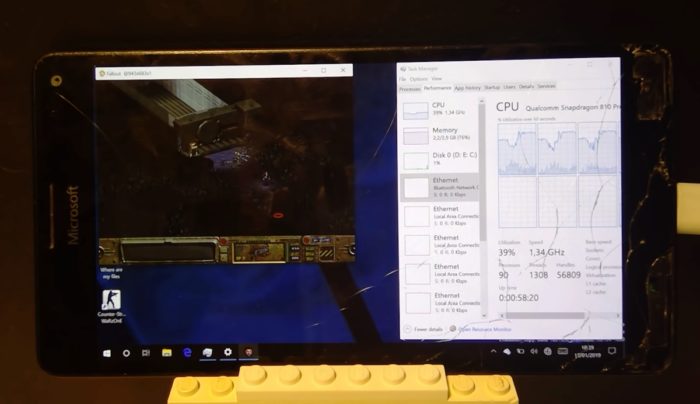 Fallout, meanwhile, is a game that was released more than 20 years ago, and which was never really designed to run on devices with small touchscreen displays or ARM-based processors. So it relies on Windows 10 on ARM’s ability to emulate x86 architecture (which takes a toll on performance), and it’s easiest to play if you plug in a keyboard and mouse… and have the patience to deal with slow frame rates.

Still, it’s kind of crazy to see a phone doing the work of a desktop computer in this way.

4 replies on “Sure, why not run Fallout on a smartphone (by installing Windows 10 on ARM)?”