The Superbook looks like a laptop, but its actually a smartphone accessory that you can connect to your phone to interact with mobile apps on a notebook-sized display, keyboard, and touchpad.

Sentio launched a Kickstarter campaign for the Superbook in 2016, raising nearly $3 million to bring the device to market. And while the company missed the estimated ship date of January, 2017 by more than a year… Sentio says it’s now getting ready to ship Superbooks to backers of the crowdfunding campaign.

The company is also now taking pre-orders from folks who still want to buy one (and hopefully won’t have to wait a year for delivery). 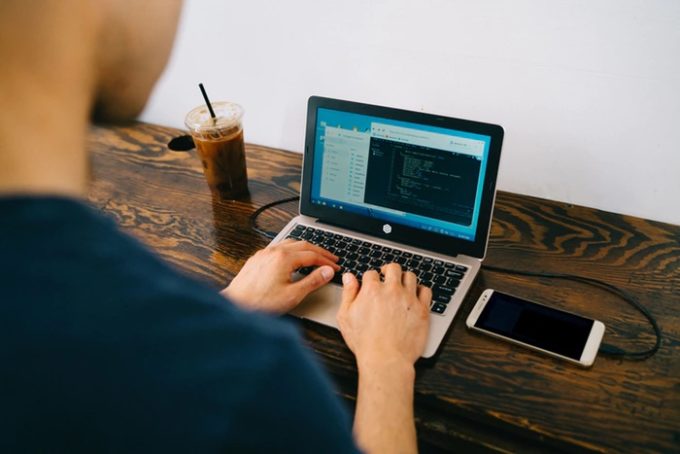 At this point,t he first 1,000 mass produced Superbooks are on their way tot he United States, and they’ll be delivered to North American customers by mid-March. Backers in Asia should begin receiving Superbooks around the same time.

Meanwhile, the company says mass production of the remaining units should be underway, which means that all backers of the crowdfunding campaign in North America, Europe, and Asia should receiver their Superbooks by late April (or sooner).

The Superbook has an 11.6 inch display (with 1080p IPS or 768p TN options), a QWERTY keyboard with Android function keys, USB Type-A and Type-C ports that you use to connect a phone, and the ability to charge your phone while it’s plugged in (the Superbook has a battery that offers around 8 hours of run time).

While it’s designed to display content from a phone, you can also hook up a Superbook to a Windows or Mac PC and use it as a second screen… but due to a issue with a component supplier, the Superbook won’t support HDCP, which means that Netflix, Hulu, and some other video sites that stream protected content may not work unless you’re using an Android device.

The Superbook is now up for pre-order from Sentio for $139 and up.

Meanwhile a rival laptop dock from French startup Miraxess is set to ship in May. The Mirabook is on display at Mobile World Congress this week, and it’s up for pre-order for $249.

10 replies on “Superbook laptop dock for smartphones is (finally) shipping”