Apple wasn’t the first company to release a smartphone without a headphone jack, but the company certainly jump started the trend with the launch of the iPhone 7 in 2016. You can probably make a pretty strong case that the Android phone makers that did it first were just trying to claim bragging rights by beating Apple to market by a few months.

That said, up until this week Apple was still selling iPhones with headphone jacks… if you opted for an older model.

Now that the iPhone Xs and Xr are on the way, the company has discontinued the iPhone SE and iPhone 6s, which means Apple is no longer selling phones with headphone jacks. And if you buy a new model it won’t come with a USB Type-C to 3.5mm adapter anymore.

And Apple isn’t the only company deprecating the analog headphone jack. Many phone makers have made the switch in the past year or two, and the latest high-profile Android phone maker to get in on the action (or maybe out of it) is OnePlus.

Speaking to TechRadar, OnePlus co-founder Carl Pei said that the company’s next phone (likely the OnePlus 6T) will not have a dedicated headphone jack. He says removing it makes room for new technologies (possibly including an in-display fingerprint reader and/or a higher capacity battery). But from a company that got its start by promising to offer phones with the features enthusiasts want and to “never settle,” the move seems to be rubbing some folks the wrong way.

On the bright side, OnePlus has unveiled a new set of USB Type-C Bullets earbuds with an updated design, a new digital to analog converter that should offer a higher signal-to-noise ratio, and an expected price tag around $20, which would make them some of the most affordable USB-C headphones around. 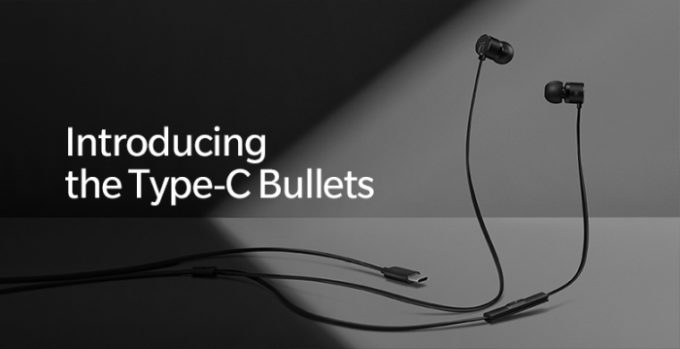 You’ll probably still need some sort of ugly adapter if you want to charge a phone and use the headphones at the same time on a phone with only one USB-C port.

For now the biggest player in the smartphone space that seems to be sticking with the headphone jack is Samsung. Given the way things are going, I wouldn’t be surprised if Samsung decides to go with the flow in the future… but then again, Samsung’s latest flagship phones also have microSD card slots and notch-free designs. So it’s not like the company always adopts the latest trends (I know some folks are still annoyed that Samsung stopped selling phones with removable batteries though).

On the one hand, Apple, OnePlus, and most other smartphone makers that have dropped the headphone jack can find ways to justify the move by claiming it allows for devices that are thinner, have bigger batteries, or other improvements. Theoretically it also allows you to use powered headphones with their own DACs rather than relying on the phone’s hardware to completely power the audio experience.

But analog headphones that connect to 3.5mm jacks have been around for decades and one of the best things about the legacy headphone jack is that you can plug nearly any set of headphones or speakers into it. That includes any cheap earbuds you may already have, any premium, audiophile-quality Hi-Fi headphones, and anything in between. 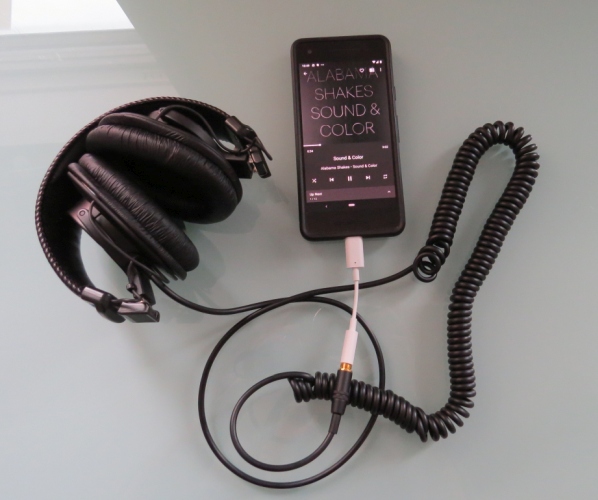 And odds are that your smartphone isn’t the only thing you own that uses headphones. You may have a laptop or desktop computer with a headphone jack. Maybe you have a tablet, a stereo system, or even an old-school portable audio player. Personally I rely on a pair of Sony MDR-7506 headphones plugged into a Tascam DR-60MKII to monitor audio I’m recording for podcast or radio work. They’re comfortable on-ear headphones with a fairly neutral sound and it’s also nice to be able to plug them into my phone to listen to podcasts or watch videos while I’m traveling… but I need to remember to pack a USB-C to 3.5mm audio adapter to do that with my Google Pixel 2, because my phone doesn’t have a headphone jack. It’s probably my least favorite thing about the Pixel 2.

So most of the time I leave my Sony headphones at home and use a pair of cheap Mpow Cheetah Bluetooth earbuds when I go out for a walk, or Samsung Level On Bluetooth noise-canceling headphones when I’m on a bus, train, or airplane.

I’ve already adapted to the wireless headphone lifestyle. But there are still some annoyances. Yesterday the battery in my Mpow Cheetah earbuds died about two thirds of the way through a podcast I was listening to, and I wasn’t able to finish listening until I walked home from the grocery store and switched to a Bluetooth speaker. And sometimes the connection to the earbuds can pick up interference from nearby electronics and wireless signals: I’ve noticed that walking through certain street intersections in Philadelphia will cause the audio to drop out momentarily. It’s even worse in New York City, where I’ve pretty much stopped using those earbuds at all.

I should say I started using wireless earbuds for walking and exercising before I bought my first phone without a headphone jack. It’s just more convenient to go wire-free if you’re in the middle of a workout and don’t want to have to hold your phone. And it’s nice not to have any cables to get tangled when walking around the city. But I’m still sad to see the smartphone headphone jacks becoming a thing of the past.

What about you? Have you adapted to a wire-free audio existence? Or do you refuse to ever buy a phone without a headphone jack, even if that means you’ll have fewer and fewer options in the coming years?

8 replies on “Smartphones with headphone jacks are a dying breed (OnePlus, Apple the latest to kill them off)”