The iPhone 7 and 7 Plus also have one less feature than previous models: there’s no dedicated headphone jack. Apple says there’s no need for a single-purpose jack in a mobile device, where space is at a premium.

The iPhone 7 and iPhone 7 Plus will be available September 16th, and pre-orders open September 9th. The iPhone 7 is priced at $649 and up, with the base price now covering 32GB model. 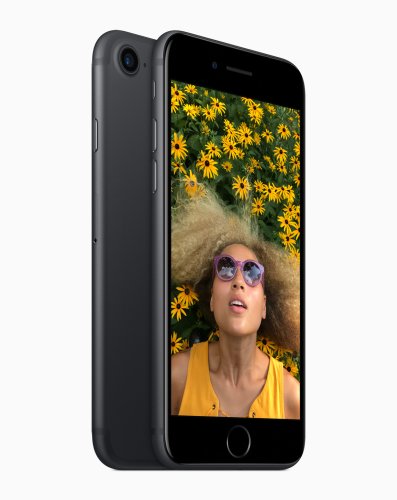 Apple is doubling the storage for all of the new iPhones, so now you can opt for 32GB, 128GB, or 256GB versions of the iPhone 7 and 7 Plus. Some older models will continue to be available, but now Apple wil offer them with 16GB or 64GB of storage. The 32GB models are gone.

Apple’s new phones are powered by a new Apple A10 processor. It’s a 64-bit, quad-core processor that the company says is twice as powerful as the A9 chip used in the iPhone 6s and iPhone 6s Plus. 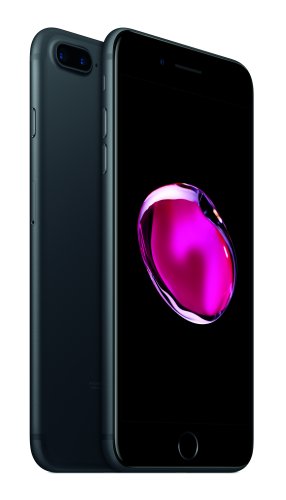 The new graphics processor offers up to a 50 percent performance boost over the Apple A9 chip.

The new chip is also said to be more energy efficient: Apple says upgrading from an iPhone 6 to an iPhone 7 should give you about 2 hours of additional battery life.

Apple also has two new iPhone designs: gloss black and black,  as well as gold, silver, and rose gold. The new design also features antennas integrated into the case so you can’t even see them anymore.

The iPhone 7’s home button has also been redesigned. The new home button support force detection, allowing you to perform different functions with a light tap or a hard press.

The new dual camera system includes optical image stabilization for up to 3 times the exposure length, a wider aperture lens which lets in more light, and a new 12MP high-speed sensor that’s faster and more energy efficient than its predecessors. Apple has also updated the image signal processor with a new version with twice the throughput.

Apple has updated the front-facing camera to a 7MP FaceTime HD camera (up from 5MP on earlier models).

But that’s just for the standard iPhone 7. If you opt for the larger iPhone 7 Plus, you get a dual camera system on the back: there’s a telephoto lens on one camera, enabling an optical zoom function.

Tap the zoom button once and you get a 2X zoom from the telephoto lens. Or you can drag across the image to zoom in further using digital zoom… but Apple says that since you’re starting from 2X, the digital zoom looks better than it would with a standard smartphone camera, so the company allows you to go up to 10x zoom on an iPhone 7 Plus.

Apple says the iPhone 7 and 7 Plus displays are 25 percent brighter than those on the 6 and 6 Plus, and offer better color management.

The new phones have stereo front-facing speakers… and, as expected, if you want to connect headphones to a 2016 iPhone, you’ll need to plug them into the phone’s lightning connector, or use Bluetooth… because there’s no 3.5mm headphone jack. 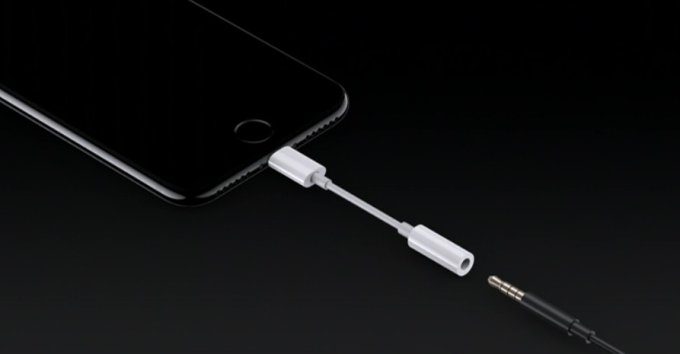 The phones will come with a pair of Apple EarPods that connect to the lightning port. But they’ll also come with a lightning-to-3.5mm adapter, allowing you to use existing headphones.

Lightning ports do offer some advantages, such as the ability to power active noise-canceling headphones that don’t have their own battery. But using the same port for earbuds and charging means you can’t charge the phone while wearing headphones, unless you use a cumbersome adapter.

But Apple does have another option: a new set of wireless earbuds called EarPods. There are no wires connecting one to the next, Apple says the AirPods get up to 5 hours of battery life, and comes with a wireless charging case. 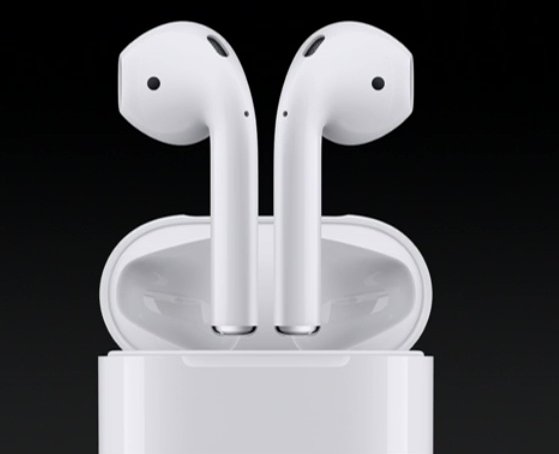 You can pair a set of Apple AirPods with an iPhone and Apple Watch just by bringing them near your phone and tapping the connect button on your phone. Once paired, the Airpods will sync data between all of your devices including iPads and Mac computers, thanks to iTunes synchronization.

Apple-owned Beats is also launching 3 new styles of headphones and earbuds with the same W1 chip used by the AirPods.