Microsoft’s desktop and smartphone operating systems have been inching closer and closer together in recent years. But while Windows 10 for PC and Windows 10 Mobile share a common core, phones still have a different user interface and feature set than Windows 10 PCs, and not all Universal Windows Platform apps that run on desktops can run on phones.

A key reason is that smartphones running Windows 10 have ARM-based processors, while desktops have x86 chips.

But with Microsoft planning to release a desktop version of Windows that runs on both ARM and x86 chips, maybe the company doesn’t need to maintain two different branches of Windows anymore.

According to Windows Central’s Zac Bowden, Microsoft is planning to develop a single version of Windows 10 that runs on phones, tablets, and desktops. That’s probably good news for folks looking to buy a new Windows phone in a year or two. Its’ less good news for anyone currently holding onto a phone running Windows 10 Mobile. 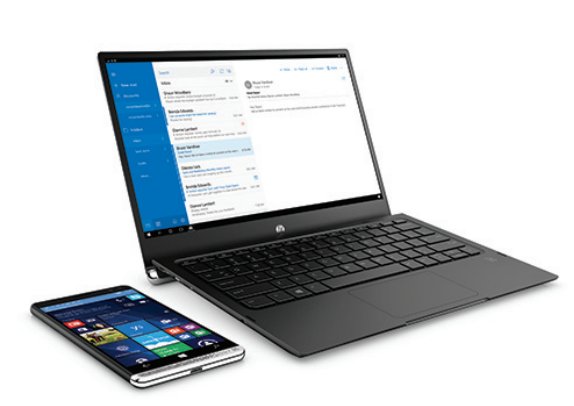 That’s because existing phones will most likely not be updated to the new operating system. They’ll be stock on Windows 10 Mobile.

Bowden says Microsoft will backport some Redstone 3 and 4 features so that existing phones will be able to run newer apps… for a while at least. Support for new features could end sometime in 2018, by which point Microsoft will hopefully have its new version of Windows for phones ready.

At this point, Android dominates the smartphone OS space, with iOS coming in a distance second (globally at least… Android’s lead is a lot smaller in the US). Windows is just a tiny spec in the rear window. It’s not clear if moving to a unified desktop/phone OS will do anything to change that. But if Microsoft can merge its smartphone and desktop operating systems, it could theoretically be less work to continue supporting phones than it would have been to continue developing two different branches of the OS.

It could also help make the platform a more attractive target for app developers, who could create a single app that should run across mobile devices and PCs. And even if the platform doesn’t become popular among consumers, Microsoft could continue to target enterprise customers that might be attracted to devices like the HP Elite x3 which blur the lines between desktops, notebooks, and smartphones.

But if Bowden’s information is correct, you might want to wait for next year’s model rather than picking up an HP Elite x3 today, since it’s unlikely existing phones will support the new software.

Oh, one other weird thing about Bowden’s report: apparently Microsoft has been referring to the new multi-form-factor version of Windows 10 internally as “Andromeda OS,” which is the same name that Google’s allegedly used internally to refer to a new OS that merges the Chrome OS and Android operating systems.