Apple’s iPhone X will hit the streets next Friday. It’s the most expensive iPhone to date, and it has some of the most advanced technology. While many of the specs are the same as for the recently released iPhone 8 and iPhone 8 Plus, the iPhone X has slimmer bezels and instead of a fingerprint sensor there’s a new Face ID systems that uses advanced technology to let you securely login just by looking at the phone.

But according to Bloomberg, that technology is so advanced that Apple’s component suppliers have struggled to meet Apple’s demands.

While part makers have gotten better at producing those components, that means Apple may not have enough iPhone X units to meet demand at launch. And Bloomberg’s sources indicate that the company has been loosening some of its standards for the Face ID components in order to hurry things up, which could mean that the units that do ship might be a little less accurate than promised. 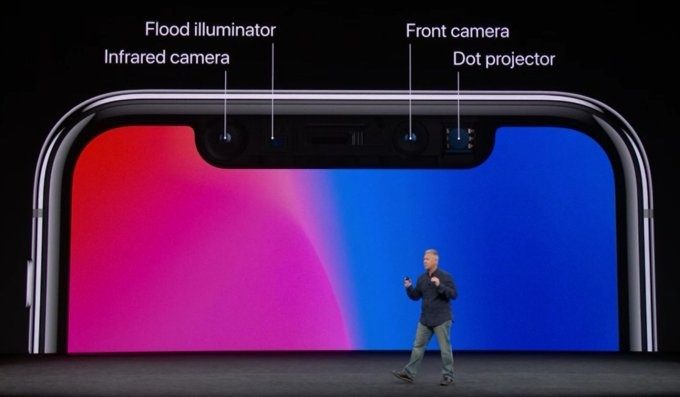 That said, Apple had set a pretty high goal. During the launch event for the phone, Apple officials said that the Touch ID fingerprint sensors only allowed an unauthorized person to unlock a phone in about one out of 50,000 tries. Face ID was said to change the odds to one in 1 million.

Even if that’s not true anymore, there’s a good chance that Face ID will still be more secure than Touch ID.

It’s also one of the most unusual features of the iPhone X, and the technology could be used for more than simple logins. The Face ID system includes an infrared camera, a flood illuminator, and a dot projector that beams 30,000 dots onto a face. They all work together to determine if the person looking at the phone is authorized to unlock it… or to use Apple Pay for secure payments. But those features could also be used for other 3D modeling applications… such as Apple’s new Animoji feature, which seems like a frivolous example, but one that shows the potential of having a Microsoft Kinect-level camera system packed into the top of a phone.

Anyway, Face ID also represents a solution to another problem: if you eliminate the bottom bezel on an iPhone, where do you put the fingerprint sensor? The obvious answer would have been the back of the phone, where companies including Google, Samsung, LG, and other have put it. Another option would be under-glass, where Vivo is putting it.

But Apple apparently decided that the back wasn’t an option for some reason, and under-glass tech wasn’t good enough. So the company produced a complicated, unique solution instead. Go figure.

A side effect is that the iPhone X has an often-maligned notch, with the display wrapping around the Face ID camera area. It’s an odd compromise in that it includes some truly amazing technology and some questionable design choices.

Anyway, analysts apparently still expect Apple to sell an awful lot of the expensive phones… if manufacturing problems don’t prevent the company from struggling to keep up with demand.

Personally if I were an iPhone user I’d probably save some money and go with an iPhone 8. But then, I’ve already decided to buy a Pixel 2 rather than a Pixel 2 XL because I prefer a smaller screen and lower price, and I don’t have bezels.

Update: Apple says it hasn’t made any compromise in the quality of face detection, and that it will still only get a false positive 1 out of 1 million times.