First announced in August, the Nova Air can be used to read eBooks, take notes, or run third-party applications available from the BOOX Store (or other Android apps if you want to sideload them from other sources). It’s now available for $350 from Amazon or the Onyx BOOX Shop. 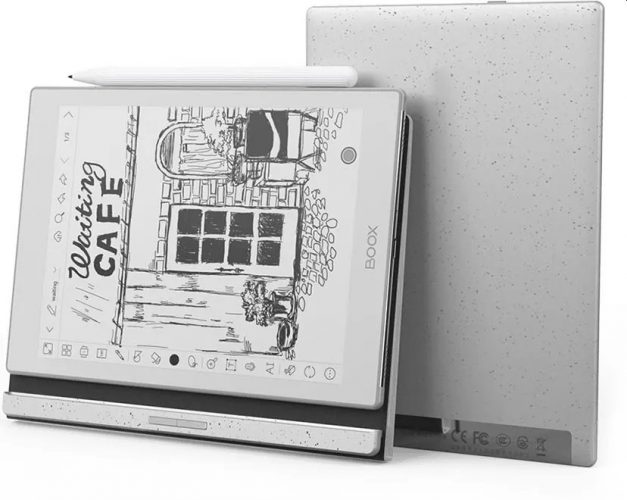 With a grayscale display and featuring a slow refresh rate, this sort of device isn’t the best option for watching videos or playing high-action games. But the display is easy to view in the sunlight and many folks swear that ePaper screens cause less strain on their eyes.

The glass-covered display can also be viewed without any additional illumination in a brightly lit room. But there’s also a front-light that makes the screen easier to see in dimly lit settings. The light’s color temperature can also be adjusted from “cold” to “warm,” which basically means you can reduce the amount of blue light if you’re reading at night and don’t mind an orange-tinted screen.

Under the hood, the Onyx BOOX Nova Air is powered by an unspecified “updated” octa-core processor and the device features 3GB of LPDDR4X RAM and 32GB of eMMC storage.

It supports dual-band WiFi and Bluetooth 5.0, has built-in stereo speakers, a microphone, and features a USB Type-C port, headphone jack, and a 2,000 mAh battery that provides up to 26 days of standby time (battery life during active use will vary depending on what you’re using the Nova Air to do). 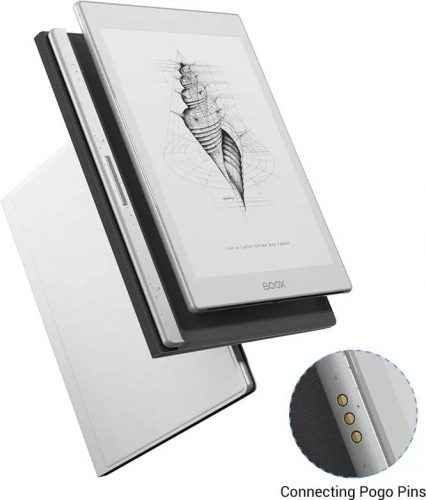 Onyx says the BOOX Nova Air supports more than 10 different text file formats, plus JPG, PNG, TIFF, and BMP images and WAV and MP3 audio. There’s also text-to-speech support, allowing you to have the system read books aloud to you over the device’s speakers or headphone jack.

The Onyx BOOX Nova Air measures 194 x 136.7 x 6.3mm and weighs 235 grams, making it a bit heavier than an Amazon Kindle Oasis (188 grams), but it’s about 30 grams lighter than previous-gen Onyx eReaders, and also more versatile than a Kindle thanks to a larger display (7.8 inches vs 7 inches), pen support, and Android-based software.

Onyx includes a digital pen, USB-C cable, and screen protector with the purchase of the BOOX Nova Air. And for a limited time customers who pre-order the device will also get a protective sleeve (normally priced at $40) and a set of spare stylus tips. 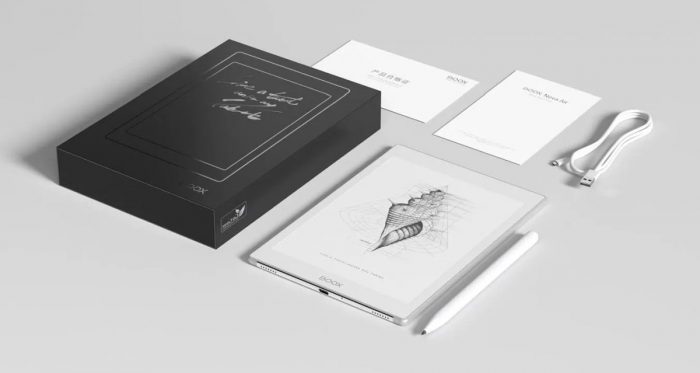 You can also pick up an optional Magnetic Case that snaps into place, connects to pogo pins on the tablet, and gives you a set of physical page turn buttons. The Magnetic Case has a list price of $60, but folks who pre-orders can pick one up for $36 when they add it to their cart and use the coupon BOOXMC40.