The BlackBerry PRIV smartphone is now available for pre-order. You can buy an unlocked model of BlackBerry’s first Android phone from the BlackBerry Store for $699 in the US. If you’re a bit further north, the phone costs $899 in Canada (the exchange rate is pretty lousy right, so that actually makes the phone slightly cheaper in Canada).

BlackBerry is also taking pre-orders in the UK for £559.

That’s the price for an unlocked phone that works on GSM networks (including AT&T and T-Mobile). There’s no support for Verizon, Sprint, or other CDMA networks. 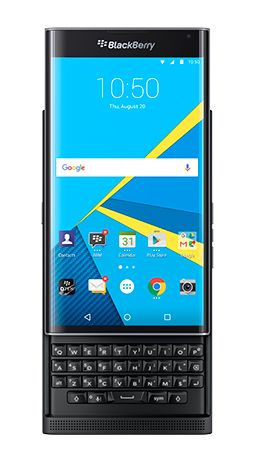 The price is a little lower than expected, but the PRIV isn’t exactly a budget smartphone. Still, there’s nothing else quite like the PRIV on the market.

Optional accessories are also available for order, including sync pods, SlimPort to HDMI or VGA adapters, and several cases including pocket and holster-style cases, flip covers, and slide-out shell-style cases.

What really makes it stand out is the physical keyboard: It rests behind the screen when not in use, and slides down when you want to type. Before Apple launched the first iPhone, smartphones physical keyboards were all the rage. These days BlackBerry is one of the few companies that still produces smartphones with the feature.

But BlackBerry’s market share has been shrinking while rival companies have cranked out touchscreen-only phones running Android. I guess we’ll soon find out whether it’s the software or the hardware that’s been Blackberry’s problem.

That said, BlackBerry is loading up the PRIV with its own software. While the phone runs a close-to-stock version of Android, it also has BlackBerry Messenger, Calendar, Hub, and other communication and security features. In fact, BlackBerry’s CEO has said that if the company’s hardware isn’t profitable a year from now, BlackBerry might stop making its own phones altogether and instead focus on providing software and services for other platforms.

Either way, whether the phone proves to be a big seller or not, the PRIV is one of the most interesting phones to launch in 2015.