BlackBerry’s first smartphone running Google Android is set to go up for pre-order soon, and the BlackBerry Priv will start shipping to customers on November 16th.

That’s according to a pre-order page posted on the BlackBerry website… which has since been removed. But there’s reason to think it’ll go live for good on Friday.

So how much does the phone cost? That will probably depend on whether you can buy it from a wireless carrier, but if you buy an unlocked version of the Priv, it’ll cost you $749. 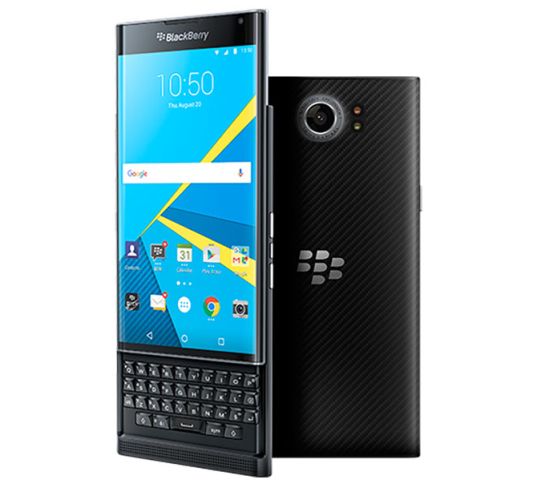 That’s the off contract price for a phone that can be used with either AT&T or T-Mobile in the US. It’s also kind of a high price tag at a time when Google, Motorola, Asus, ZTE, and other are offering Android phones with premium specs for $400 or less.

Still, there’s really nothing else quite like the Priv on the market.

While those specs are decent, here’s what really makes the phone stand out: it has a physical keyboard that hides behind the touchscreen display when it’s not in use. Slide it out and you can type while receiving tactile feedback — and without having an on-screen keyboard block a portion of the display.

Physical keyboards used to be common on smartphones: when the iPhone was introduced, some pundits predicted it would fail because it didn’t have one. These days, they’re rare, but they still have some fans. Now fans of the keyboard who would rather run Android than BlackBerry OS will have an option to do so again.

The phone will run Android 5.1.1 Lollipop, but it’ll also feature BlackBerry apps and services including BlackBerry Messenger and BlackBerry Hub. The company is also pushing the phone’s enterprise and security features pretty hard.

9 replies on “BlackBerry Priv coming in November for $749 (unlocked)”