After making its debut at Mobile World Congress in Spain this week, Nokia’s new 5-camera smartphone will be available in the United States in a few days.

The Nokia 9 PureView will be available from retailers including Amazon, Best Buy, and B&H starting March 3rd. 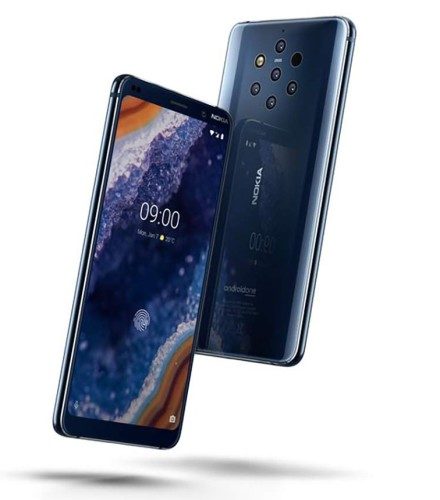 The smartphone’s hallmark feature is its rear camera system which consists of two color cameras and three monochrome cameras. They all have 12MP image sensors and all snap photos simultaneously, allowing you to use data from each camera to create a single high-quality image.

HMD Global partnered with Light to produce the camera system and while it’s likely that we’ll see more smartphones with 5 or more cameras in the future, the Nokia 9 PureView is first to market.

The rear cameras aren’t the phone’s only selling points. It also features a 2880 x 1440 pixel pOLED display, 6GB of RAM, 128GB of UFS 2.1 storage, support for wireless charging, and an in-screen fingerprint sensor.

The phone is powered by a Qualcomm Snapdragon 845 processor and features a 3,220 mAh battery and a USB Type-C port.