Another day, another small form-factor desktop computer from MINISFORUM. But this time it’s the company’s first model with a 35-watt Intel Tiger Lake-H processor.

The MINISFORUM TH50 is a compact computer with an Intel Core i5-11320H processor. The TH50 is available for pre-order for $529 and up, and should begin shipping to customers by the end of February, 2021. 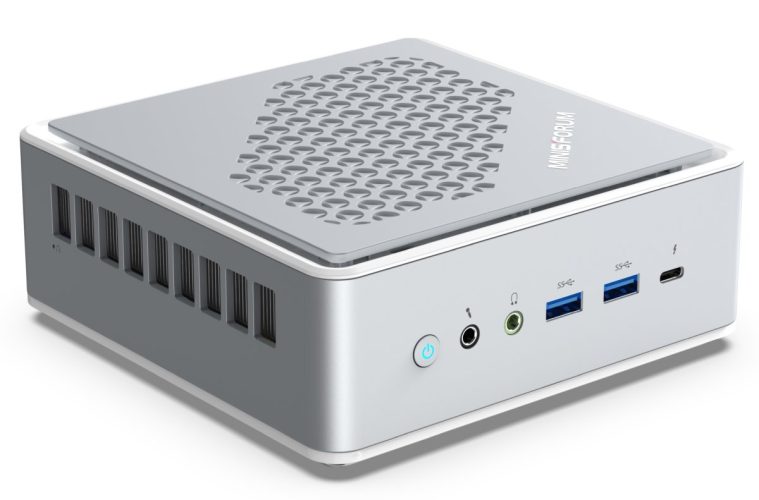 Each model has Intel’s Core i5-11320H processor, which is a 35-watt, quad-core processor with support for Turbo Boost speeds up to 4.5 GHz and Intel Iris Xe integrated graphics featuring a 1.35 GHz GPU and 80 execution units.

The computer’s other features include:

There are also two USB-C ports, at least one of which is a thunderbolt 4 port (the other appears to be a 19V power input, although it’s unclear at this point where it can also be used for data).

The TH50 is just the latest in a seemingly never-ending stream of a compact computers from MINISFORUM. In the past month or so, the company has also unveiled an upcoming model with an AMD Ryzen 5000 processor and discrete graphics and a low-power model with an Intel Celeron N5095 Jasper Lake processor.

The new TH50 most  closely resembles the MINISFORUM TL50 that launched earlier this year, but the updated model has a higher-performance processor.

This article was originally published December 1, 2021 and last updated December 15, 2021.