MINISFORUM says it’s working on a small form-factor desktop computer with an AMD B550 chipset and support for up to an AMD Ryzen 5 5600X processor. 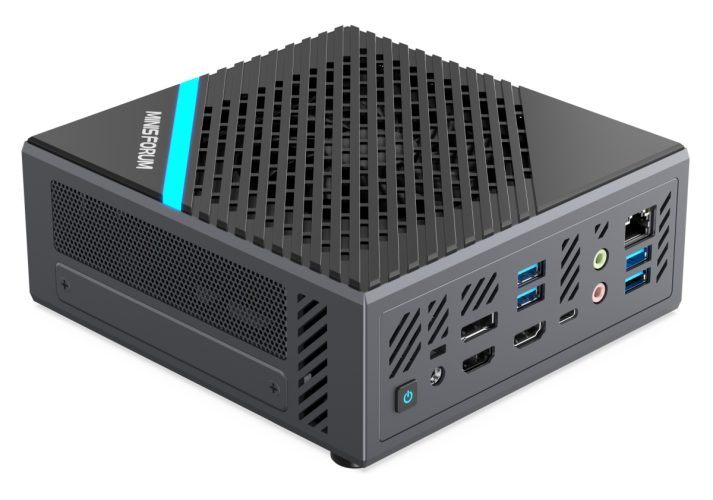 MINISFORUM’s new B550 mini PC comes with a detachable graphics dock that hooks up to a PCIe connector on the main computer, allowing you to use a full-sized, desktop-class graphics card with this small computer. 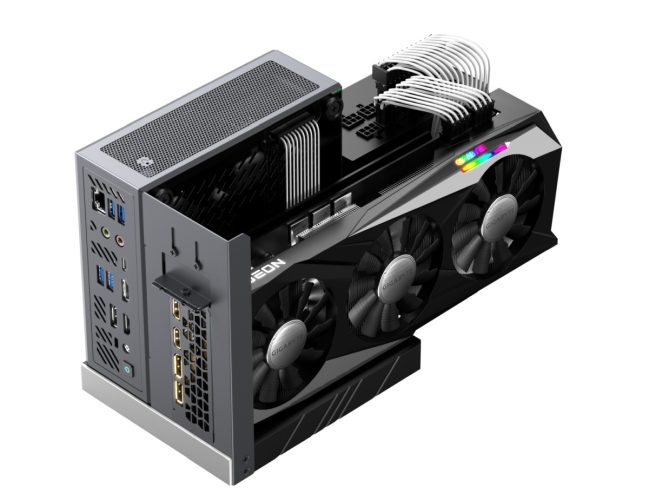 MINISFORUM hasn’t announced a price, release date, or even a name for the computer yet, but after initially teasing the little computer in November, the company has released some more details and pictures showing how the mini PC and graphics dock will work together.

According to MINISFORUM, the computer supports AMD Ryzen 5000 series processors and comes with a 19V power brick and cooling system capable of handling chips with a TDP up to 65 watts. If you’re planning to use a 65-watt chip like the AMD Ryzen 7 5700G with integrated graphics, then you shouldn’t need to buy any additional gear.

But if you want a higher-performance system that pairs components like a Ryzen 5 5600X desktop processor with a discrete GPU, MINISFORUM says you can bring your own ATX or SFX power supply for up to 600 watts of power. 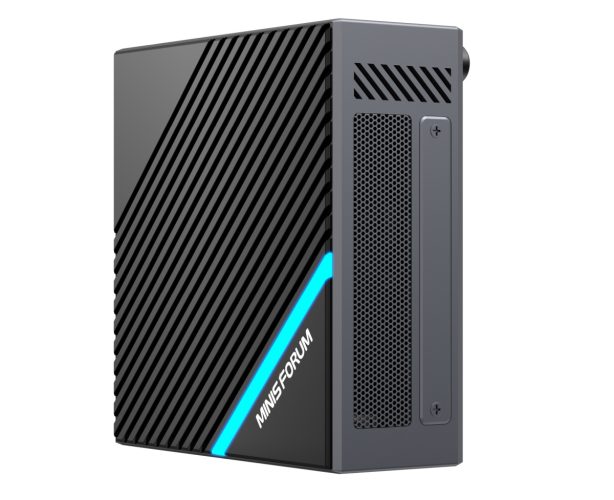 For what it’s worth, some of these details may be subject to change – when MINISFORUM first announced plans to release this mini PC with an AMD B550 motherboard and discrete graphics support, the company promised it would support up to a 105 watt Ryzen 9 5900X processor and power supplies up to 1000 watts, but neither of those claims show up in the latest press release.

MINISFORUM also seems to have scrapped plans to include PCIe 4.0 support, instead settling for PCIe 3.0. 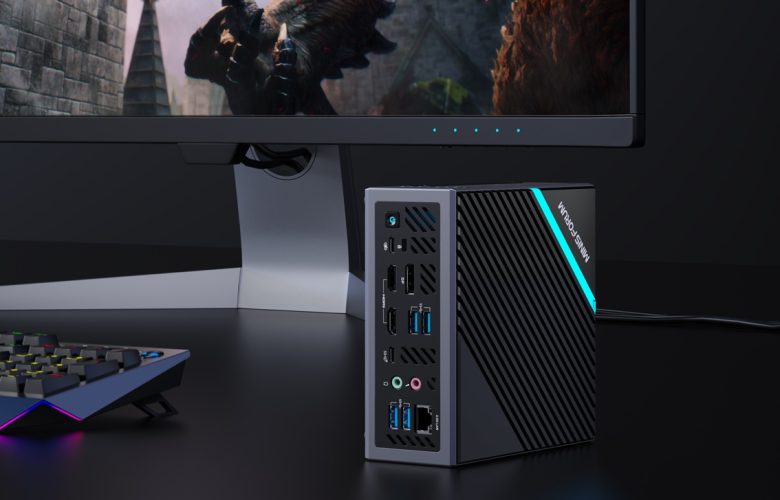 That said, here are a few other things MINISFORUM has revealed so far:

There don’t appear to be any ports at all on the front of the computer.

This article was originally published November 9, 2021 and most recently updated February 11, 2022.