The EliteMini B550 is a compact desktop computer from Chinese PC maker MINISFORUM that’s powered by a 65-watt AMD Ryzen desktop processor with integrated graphics. But it’s also positioned as a computer that can be used with a desktop-class discrete graphics card.

Since there’s no room inside the 9.5″ x 8.2″ x 5″ computer for a discrete GPU though, it comes with dock that allows you to connect a graphics card and power supply (sold separately). First announced a few months ago, the MINISFORUM EliteMini B550 is now up for pre-order for $499 and up and should ship in May, 2022. 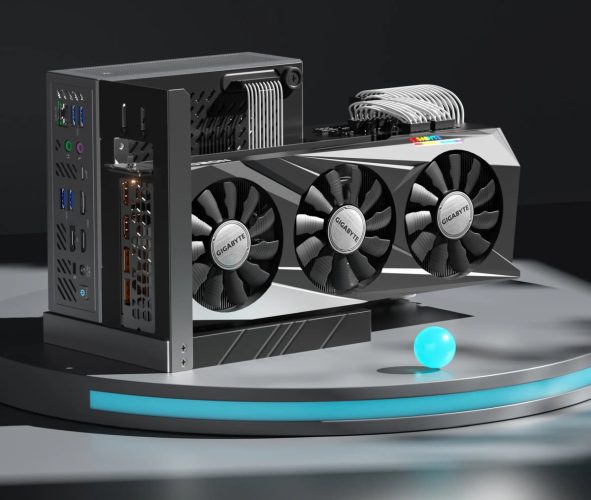 That starting price is for a barebones model with an AMD Ryzen 7 4700G processor, but you can also pay an extra $100 for a model with a Ryzen 7 5700G chip, and MINISFORUM is offering configurations with up to 32GB of RAM and 512GB of solid state storage for folks who’d prefer to buy a system with those pre-installed, rather than providing their own.

Since the computer has an AM4 socket, you can also replace the included processor with other AMD Ryzen 4000 or Ryzen 5000 series chips. Just keep in mind that the computer only supports chips with up to a 65W TDP, so that rules out higher-power processors like the AMD Ryzen 9 5900X. 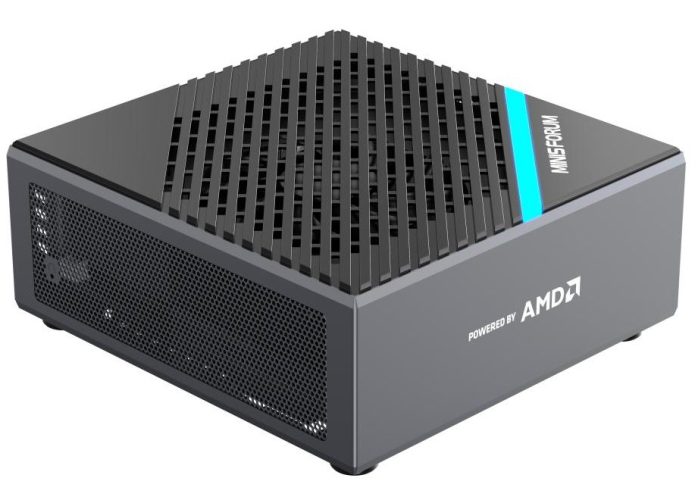 But what really makes the little computer stand out is the expansion dock, which allows you to pair a desktop graphics card with the EliteMini B550 over a PCIe 3.0 x16 connection, without the need to buy a third-party dock. Since the included power brick isn’t strong enough to provide electricity to a discrete GPU though, you’ll need to buy a PSU in addition to a graphics card if you want to use that expansion dock. 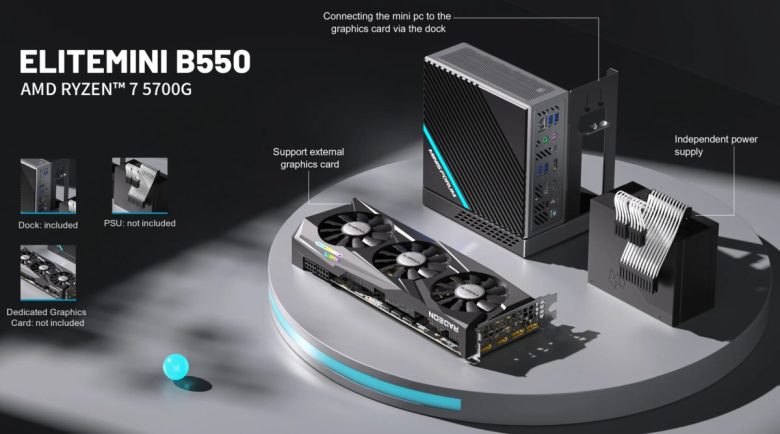 The computer itself has two SODIMM slots for up to 64GB of DDR4 memory, two M.2 2280 slots for PCIe NVMe or SATA storage (PCIe 4.0 support is available for some processors, while others will only support PCIe 3.0), a 2.5 inch bay for a SATA hard drive or SSD, and support for WiFi 6 and Bluetooth 5.2. 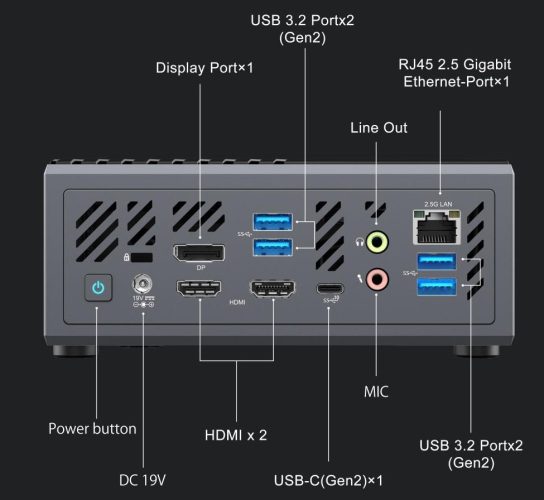 With a user-replaceable processor, memory, and storage, the EliteMini B550 would already have been one of the most upgradeable/customizable mini PCs, around. But thanks to the graphics dock that comes with the computer, it’s certainly one of the most versatile devices in this category.

It would have been nice to see a USB4 port though.