Sony’s PlayStation Portable handheld game system might not have the hardware to run Google Android software… but if you’re not a fan of Sony’s user interface you can at least make a PSP look like it’s running Android 5.0. 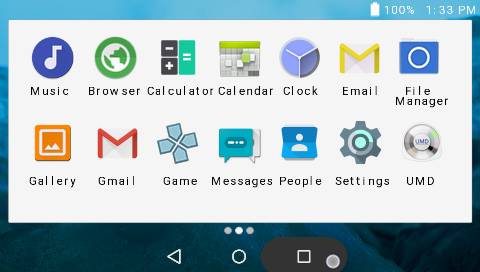 The software is a sort of app launcher which gives you a home screen, app drawer, lockscreen, notification slider, quick settings toggles, and more. It also includes a file manager and text editor.

Early builds of the custom firmware were designed to look like CyanogenMod’s version of Android 4.4 KitKat. This week Joel16 released an update that’s inspired by Android 5.0.

He says it’s still not stable enough for everyday use, but it’s impressive to see just how much it’s possible for a PSP to look like an Android device while still featuring support for Sony PSP video games (as well as homebrew apps and games).

2 replies on “Make your PlayStation Portable look like an Android 5.0 device”