Pine64, a company known for making Linux-friendly laptops, smartphones, tablets, and single-board computers, has also been branching out into new territory including smartwatches and E Ink tablets in recent years. Now the company is teasing an announcement for something new – but we’ll have to wait until October 15th to find out what it is.

The folks at Pine64 are teasing an announcement for next week. Could be a new product from the makers of the Linux-friendly PineBook, PinePhone, and PineTab, or maybe a new accessory (but the outline looks phone or tablet-like).

Realme is holding a product launch event October 13th and, among other things, the company plans to launch a 4K media streaming stick powered by Google TV with support for HDR 10+ and HDMI 2.1. It’s unclear if it’ll be available outside of India though.

The Black Shark 4S gaming phone is coming October 13. No word on how it differs from the Black Shark 4 and 4 Pro that launched in China earlier this year for around $400 to $600 and up with 144 Hz AMOLED displays, 120 Hz fast charging. 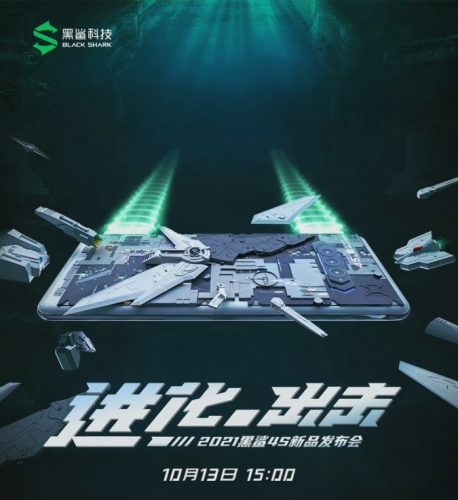 GPD has provided some more details about the upcoming GPD Pocket 3 mini-laptop with a choice of Intel Jasper Lake or Tiger Lake processors, including info about the port selection, which includes Thunderbolt 4, Ethernet, and HDMI.

Retro Dreamer G4A is a retro handheld game console with a Raspberry Pi CM4 for brains, a 3 inch VGA display, and a Game Boy Advance-style case. It’s up for pre-order through Kickstarter with prices starting at $135 for a DIY kit or $225 for a full unit.