Gaming platform provider Steam recently announced plans to launch its own Linux-based operating system and partner with PC makers to offer gaming PCs meant for your living room. Eventually we’ll see multiple Steam Machines in a range of shapes and sizes and with varying levels of performance.

As a beta test though, Valve recently sent out about 300 prototypes to testers. They’re small form-factor computers with Valve’s special wireless game controller and SteamOS software.

The folks at iFixit got one — and they did what they do in situations like these, and ripped it apart. It turns out that’s just about as easy to do on the Steam Machine prototype as it is on most desktop computers. Replacing or upgrading parts should be pretty simple. Hopefully the same will be true of the actual gaming systems that should start shipping in 2014. 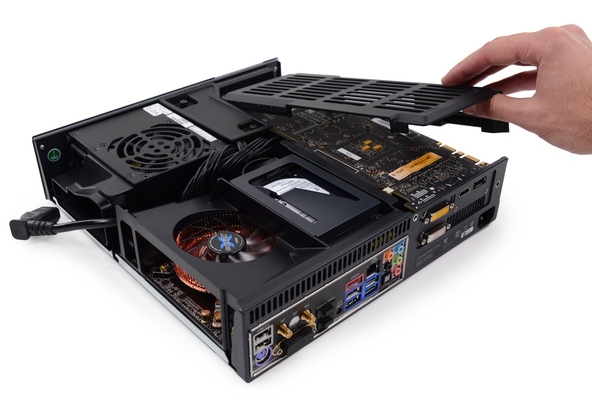