The upcoming LG V30 may be swapping the “second screen” feature for a new “floating bar,” but a team of independent developers have just figured out how to make the second screen on last year’s LG V20 a lot more useful.

Up until recently, custom ROM builders were unable to fully take advantage of the small secondary display area above the primary screen, so they typically just disabled the feature.

But later this week, a group of developers plan to release a patch that will let ROM developers make use of the Second Screen. That means not only will you be able to access a list of features similar to what you’d get with LG’s stock software, but it also opens the door to custom widgets.

Oh, and it turns out the open source API created by one of those developers also turns out to work with LG’s stock software for the V20… no root or custom ROMs required. 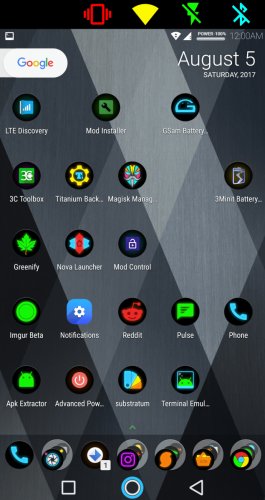 Among other things, that means users will be able to view notifications, settings, clock, and music player widgets. And any tile that’s available Android’s Quick Settings panel will be something you can add to the Second Screen.

Developer USA-RedDragon also plans to launch a few premium widgets including an RSS ticker feed, customizable buttons that can be used for specific apps, and a widget that shows device charging statistics even when the primary display is turned off.

You can find more details at xda-developers. One thing I hadn’t realized until reading the article is that LG’s Second Screen isn’t actually a secondary display at all. It’s simply a portion of the phone’s primary display which LG has configured so that it can be used when the rest of the screen is turned off.

Unfortunately, it’s likely that none of this applies to the new LG V30, which won’t have a Second Screen feature at all.

The good news is that with a Snapdragon 820 processor, 4GB of RAM, 64GB of storage, a microSD card slot, dual rear cameras, a 3,200 mAh battery, a 5.7 inch QHD IPS primary display and 1024 x 160 pixel Second Screen, the V20 is still a good phone, even today. And it’s cheaper than ever: Newegg is currently selling an unlocked model with support for US wireless networks for $375.