Following last month’s launch of new 7 inch tablets with MediaTek processors, Lenovo is now selling a 10 inch model with an MTK8125 quad-core processor. You can pick up the Lenovo IdeaTab S6000 from Lenovo.com for $255 when you use the coupon code JULY4PRICINGEVENT. Best Buy is also selling the tablet for $280. 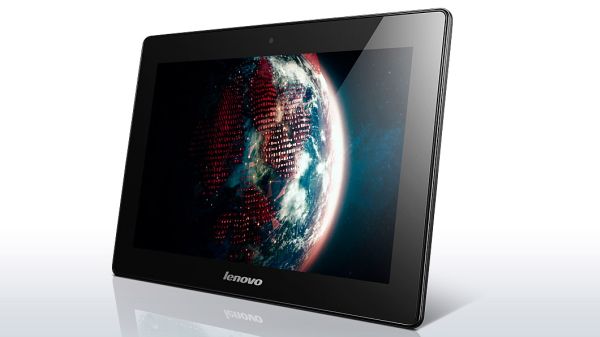 The IdeaTab S6000 is a budget tablet with a 10 inch, 1280 x 800 pixel IPS display, 1GB of RAM, and 16GB of storage. Lenovo says it’s part of the “enhanced multimedia line,” which basically means it has an IPS display and stereo speakers.

But budget tablets have come a long way in the last few years, and this model has most of the things you’d expect from a decent Android tablet, including 802.11n WiFi, Bluetooth 4.0, up to 9 hours of battery life, and Android 4.2 software. Lenovo also says an optional Bluetooth keyboard will be available.

The tablet has a micro HDMI port, a microSD card slot, a 5MP rear camera and a 0.3MP front-facing camera. It weighs about 1.24 pounds and measures about a third of an inch thick.

Here are the down-sides: The MediaTek quad-core processor is an ARM Cortex-A7 chip, which means it won’t offer the same performance you’d get from a model with a more powerful architecture like Arm Cortex-A15 or Qualcomm’s Snapdragon 600. The 1280 x 800 pixel display is also starting to look a bit dated, at a time when 10 inch tablets with 1920 x 1200 pixel or higher resolution screens are becoming common. And according to the Best Buy website, the IdeaTab S6000 has a 4-point capacitive multitouch display, while many tablets have 10-point touchscreens.

There are reasons this tablet is selling for $255 instead of $400 or more.