Lenovo’s latest Android tablets featuring MediaTek dual-core processors are now available in the US for $149 and up. 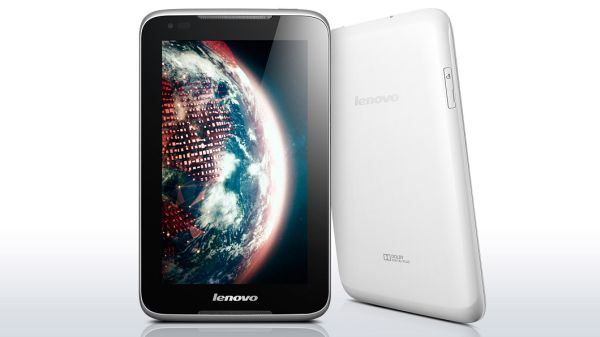 It features 1GB of RAM and 16GB of storage. The tablet supports 802.11n WIFi and Bluetooth 4.0 and has a front-facing 0.3MP camera. There’s no rear camera.

One reason this tablet is cheaper than the A3000 is the display: while the A1000 has a capacitive touchscreen, it’s a TN display which means it won’t have very good viewing angles.

On the bright side, the tablet has front-facing speakers, and Lenovo is positioning it as a low-cost tablet for listening to music.

Lenovo’s $229 tablet isn’t available for purchase just yet, but the company has listed the specs for this model. It’s about the same size and shape as the Lenovo IdeaTab A1000, but it has a 5 megapixel rear camera and an IPS display with wide viewing angles

I’m a little less clear on what processor this model has: Lenovo’s “tech specs” page says it’s a 1.2 GHz MediaTek 6575 single-core CPU, but the company’s “features” suggests the tablet has a quad-core chip. 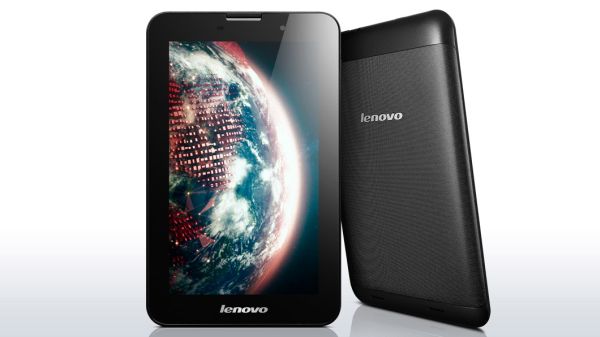 Like the cheaper model, it has a 3500mAh battery, a microSD card slot, and 1GB of RAM and 16GB of built-in storage.

Lenovo first announced these tablets a few months ago. But it looks like the company’s made at least one change since then. Originally Lenovo said the tablets would ship with Android 4.1, but they’re loaded with Android 4.2 instead.