Google has confirmed that it’s bringing support for Linux apps to Chrome OS, which means you’ll be able to code on a Chromebook using Android Studio, an IDE like Eclipse, edit images using tools like GIMP, or run thousands of other apps.

We’ve known this was coming for a while thanks to code commits and even early versions of the feature going live in the Chrome OS Dev channel. But now it’s official.

Google says a “preview of the new tool” will be available for the Pixelbook soon, but there’s evidence that it will roll out to other Chrome OS devices in the future, including some with ARM-based processors. 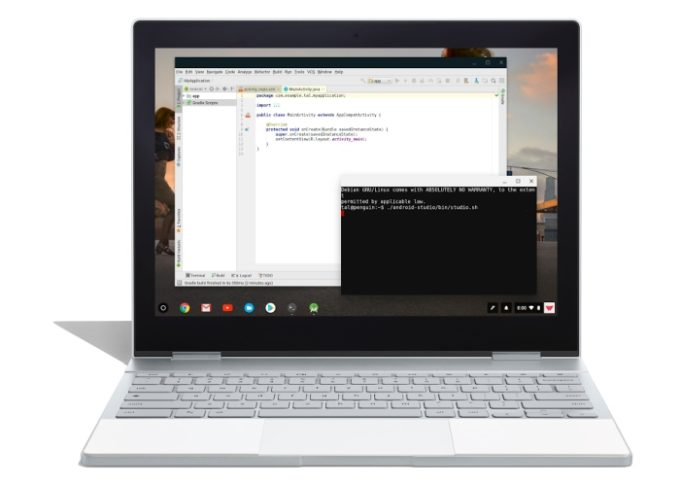 The feature is initially aimed at developers, but it could make Chromebooks a whole lot more useful for non-developers too.

Linux will run in a virtual machine designed specifically for Chromebooks. It’s said to start in seconds and integrate with Chrome OS so that when you install a Linux app it’ll show up alongside your other Chrome OS apps in the launcher. Click it and it will load as if it were running natively, and you’ll be able to resize or move the window and access files saved to your Chromebook from within that virtual machine.

In other words, while you can already use Crouton to run Ubuntu or another GNU/Linux distribution alongside Chrome OS, you need to switch between environments to get anything done. Google’s new Linux implementation (code-named “Crostini”), will offer a much more seamless experience so that it feels like you’re running one operating system, not two separate ones.

Google has some experience on that front: you can already run Android apps on most recent Chromebooks, but the operating system is still clearly Chrome OS, not Android.

Now I guess we know why Google decided to offer up to 512GB of storage for the Pixelbook, while cheaper Chromebooks have as little as 16GB. You need a lot more local storage space if you’re going to install desktop Linux apps and programming tools, among other things.

21 replies on “Chromebooks are getting Linux app support”