The Google Nexus Q is a $299 spherical device that’s designed to stream music, movies, and other content to your TV from the Google Play Store. Out of the box, that’s pretty much all it does right now: Google didn’t even include a user interface. To launch a video or control media playback, you need to use the Nexus Q app on an Android phone or tablet connected to your WiFi network.

But under the hood the Nexus Q has the hardware of a pretty versatile Android device, including a TI OMAP 4460 dual core processor, 1GB of RAM, and 16GB of storage. It supports 802.11b/g/n WiFi, Bluetooth, and NFC, and the device runs Android 4.0.

We’ve already seen a demo of the Nexus Q running an Android app. Now xda-developers forum shodutta92 has put together instructions for installing and running Android apps on the Nexus Q. 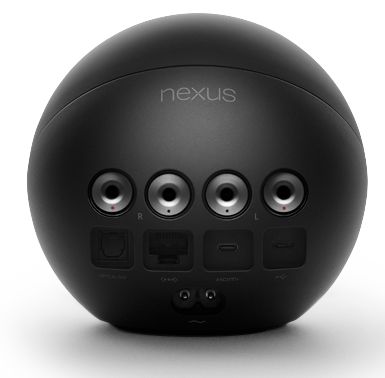 The process isn’t as straightforward as installing and running an app on most other Android phones or tablets.

You’ll need to enable USB debugging on the Nexus Q, connect it to a computer via a USB cable, and installing the Android SDK on that computer. Then you can run an install command in a command line on the PC to install the app on your Nexus Q.

Once that’s done, you can open an adb (android debug bridge) shell and launch the app.

Unfortunately, you’ll also need to enter commands manually to interact with the app by emulating tap or drag actions. In other words, most apps are pretty difficult to use at the moment.

But this is the first step toward running Netflix or other software on the Nexus Q that could turn it into a more functional media center. I suspect it won’t take too long for people to start writing apps that give the Nexus Q more of a user interface for navigating installed apps, or a remote control tool that lets navigate Netflix, play Angry Birds, or other apps by using your phone or tablet as a controller.

One reply on “Installing, running Android apps on the Google Nexus Q”