Apple’s latest iPhones look a lot like their predecessors, in terms of design. But the iPhone 7 and iPhone 7 Plus have a few distinctive new features, including waterproof cases, a touch-sensitive home “button” that’s not a mechanical button anymore, and a single port that’s now used for connecting power, headphones, or anything else.

But it’s what’s inside that counts, right? Apple doesn’t typically recommend opening up the cases for its smartphones, but the folks at iFixit have posted a teardown guide for the iPhone 7 Plus. 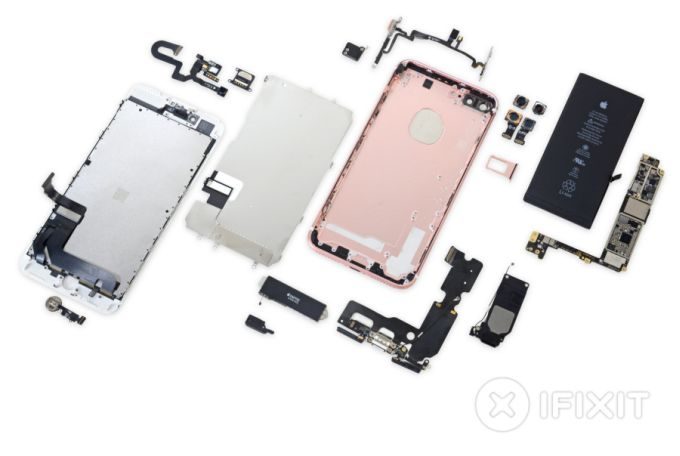 Apparently the battery is relatively easy to replace (if you have the right tools), and iFixit says the waterproofing should prevent some common sources of damage… so you might not need to repair the phone.

But since they’ve already gone through the trouble, here are a few key things the iFixit teardown shows and/or confirms:

It’s likely that the internals for the 4.7 inch iPhone 7 will look similar to those for the 5.5 inch iPhone 7 Plus… although the smaller phone has less RAM, a smaller battery, and single cameras on the front and back of the phone (while the iPhone 7 Plus has a dual-camera system on the back).