But the new model has 2GB of RAM and 16GB of storage, which is twice as much as the original.

Retailers including Boxwill, Pandawill, and Merimobiles are taking orders for the new tablet for about $186 and up. It’s also available from a number of sellers at AliExpress. 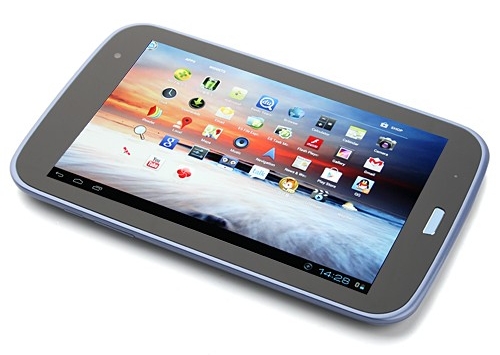 Those prices are about $20 more than the list prices for the original Hyundai T7 with half the memory and RAM.

It has a 3300mAh battery which the manufacturer suggests is good for up to 5 hours of run time, and the tablet features 802.11n WiFi.

I broke my Hyundai T7 demo unit before I had time to fully test it, but it performed very well in benchmarks and seemed pretty responsive for such an inexpensive tablet. The Android 4.0 software is starting to feel a bit dated and the IPS display offered decent viewing angles, but seemed to scratch easily.

While most tablets with high-resolution 7 inch displays tend to scale up graphics and text so that they’re easily viewable, my demo unit behaved a bit differently: effectively using the extra pixels to fit all the content you’d expect to see on a 10 inch tablet on a 7 inch display.

Part of the reason I broke my tablet was that I was planning to root it and see if I could change the DPI settings… but while doing that I tried to upgrade the firmware and accidentally bricked the tablet. So proceed with caution if you’re trying to tweak the software on either the Hyundai T7 or Hyundai T7S.