Google’s Project Ara is an effort to create the first truly modular smartphone, allowing consumers to swap out parts of their phone without buying a whole new handset.

Google’s been working on the project for some time — but Google only plans to sell the endoskeleton itself. The company is hoping other companies will provide individual modules. Now Google has released the first MDK (Module Developer Kit) to describe how those modules will fit together to form a phone. 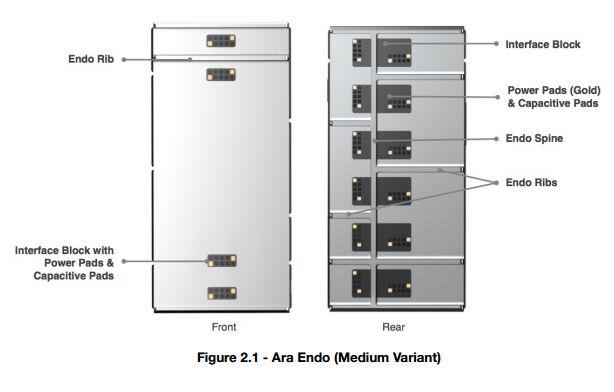 The MDK describes how developers can create modules that’ll slide into a Project Ara device and lays out guidelines for module sizes and styles. While the hope is that developers will come up with all sorts of unexpected modules, there are a few modules that you’ll need on any smartphone, such as a processor and display, so Google lays out guidelines for ensuring it’s easy for users to swap out those parts.

Other modules could include batteries, chargers, speakers, or more specialized items like a module to measure blood oxygen levels.

Since the modules are held in place through electro-permanent magnets, they shouldn’t fall out during normal use, but you should be able to slide out a module and replace it without a screwdriver or any other tools. So not only will you be able to upgrade components on a Project Ara phone, but you could carry around extra modules and swap them out as needed.

For example, you might want to use a standard smartphone-style camera most of the time. But a module developer could offer a camera with an optical zoom lens that you could insert on an as-needed basis.