Dell’s new XPS 13 2-in-1 laptop with a 10th-gen Intel Core “Ice Lake” processor may not be coming until later this year. But the same day the company unveiled that convertible, Dell also introduced a next-gen Dell XPS 15 laptop with higher-performance hardware.

Now the new Dell XPS 15 (7590) with support for up to an Intel Core i9-9980HK processor and NVIDIA GeForce GTX 1650 graphics is available for purchase. 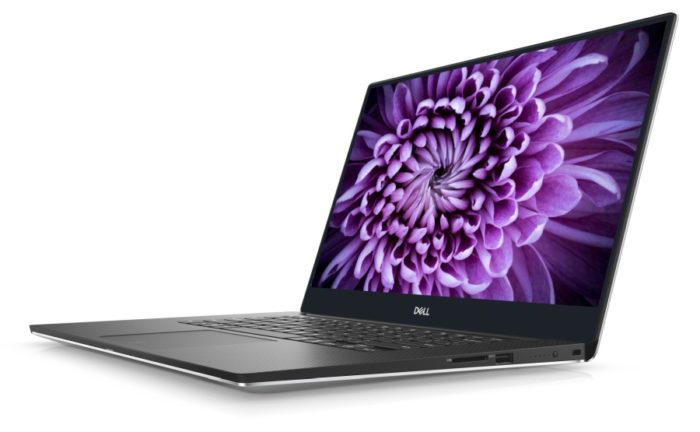 Prices start at about $1100 for a model with an Intel Core i5-9300H quad-core processor, a full HD non-touch display, 8GB of RAM, 256GB of NVMe storage, and Intel UHD 630 graphics — although you can save a little bit of money off the list price due to a launch-promotion.

The price goes up if you want to move up to an Intel Core i7-9750H hexa-core or Core i9-9980HK octa-core processor, NVIDIA graphics, an optional 4K OLED touchscreen display, andd/or support for more memory and storage.

If the new Dell XPS 15 looks familiar, that’s because the chassis is nearly identical to the previous-gen model. But Dell has made one important change — the webcam is now above the display instead of below it.

While the XPS 15 is bigger and more powerful than Dell’s XPS 13 line of computers, the system is still pretty compact for a large-screen laptop, measuring about 0.67 innches thick and having a starting weight of just 4 pounds.

Other features include stereo speakers (2W each), an aluminum and carbon fiber frame, Killer AX1650 WiFi, Bluetooth 5.0, Thunderbolt 3, USB 3.1, HDMI, and headphone jacks plus an SD card reader, and support for 56Wh or 97 Wh battery options.