Dell is based in Texas, where everything is allegedly bigger. So maybe it’s not surprising to see that the company is killing off its smallest Alienware gaming laptop. Dell has already largely pulled out of the US netbook, smartphone, and Android tablet space. 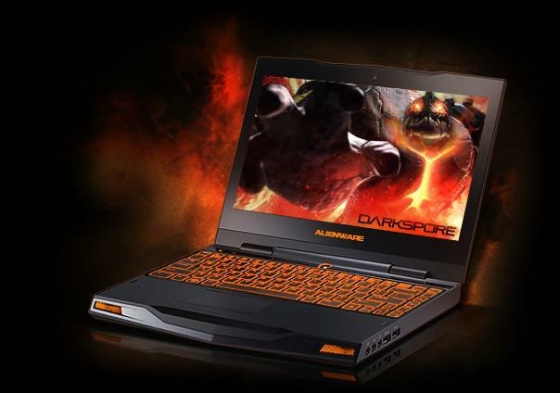 Dell introduced the Alienware M11x gaming notebook with an 11.6 inch display a few years ago when netbooks were all the rage. The idea was to provide a laptop with all the CPU and graphics power necessary to run the latest games, but in a smaller, lighter package than most portable gaming rigs.

The company has upgraded the laptop several times over the past few years, providing faster processors or more powerful graphics while keeping the core package the same: a gaming machine that weighs less than 4.5 pounds.

But now the Alienware M11x is on the way out. Dell has introduced its 2012 Alienware laptop lineup, and while the 14, 17, and 18 inch models are getting a makeover, the M11x isn’t due for any sort of an update — and Dell plans to phase out the littlest Alienware system over the next year.

Dell says PC gamers demand optical disc drives and larger keyboards than those found on the 11.6 inch laptop. But the move means that fans of the smaller gaming laptop don’t really have anywhere else to turn, since there aren’t really any other products on the market from any company that match the Alienware M11x’s gaming-centric features in a package that small.

Maybe Razer will release its 7-inch dual screen gaming notebook one of these years.

In the meantime, you can still buy the latest Alienware M11x for $899 and up from Dell.com