There are a few different ways to make a laptop small. You can take a page out of Dell’s book, and cram a 13.3 inch screen into a case the size of a typical 11.6 inch notebook by virtually eliminating the bezel on the new XPS 13 laptop.

Or you can do what Lenovo and NEC have done with the new LaVie Z laptop, and use a magnesium lithium alloy case, an IGZO display, and other tricks to reduce the weight so that you may not have the smallest ultrabook around… but you’ve certainly got one of the lightest. 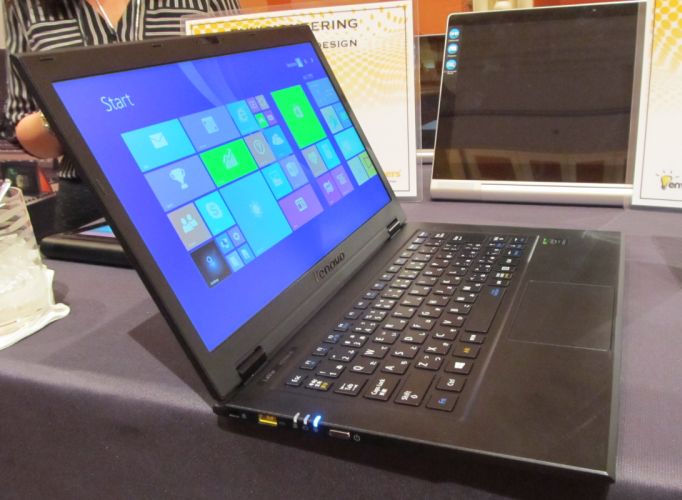 The Lenovo LaVie Z is a 13.3 inch notebook that weighs just 1.7 pounds. There’s also a convertible touchscreen version with a display that goes back 360 degrees until the laptop becomes a tablet. That model weighs just 2.04 pounds.

Both tablets are about 0.7 inches thick and feature Intel Broadwell processors. Lenovo says they’ll be available around May for about $1300 and up, with the tablet version running $1500.

The tablets have decent specs, including 1080 or 1440p displays, but the most remarkable thing about these laptops is just how light they feel.

It’s hard to convey details about weight in a printed article or a video, but look at it this way: the original iPad was a tablet with a 9.7 inch display that weighed 1.6 pounds. This is a 13.3 inch notebook with a full-sized keyboard that weighs just a tenth of a pound more.

If size matters to you more than weight, the Dell XPS 13 takes up less physical space than the NEC LaVie Z. Dell’s laptop also has a much lower starting price of around $800. But if you’re looking for the lightest 13 inch ultrabook around, it’d be tough to find one that’s weighs less than the LaVie Z.