Google Chromecast is a $35 device designed to let you stream internet videos to your TV. But developers are already starting to port third party apps to run on the platform — and we’re not just talking about using Google’s SDK to stream video from websites and apps that wouldn’t otherwise be supported.

One developer has managed to get a Gameboy emulator up and running on the Chromecast. It actually runs natively on the Chromecast device (although it’s still displayed in a browser window), while you use buttons on a PC keyboard to control gameplay. 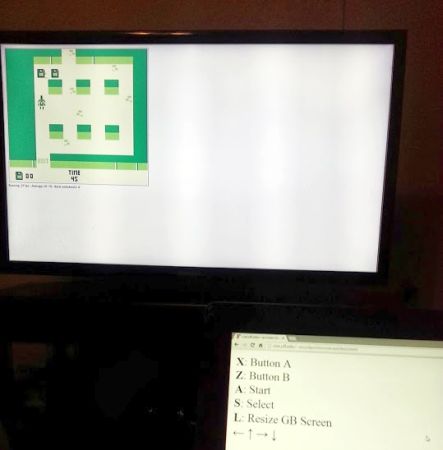 The Chromecast features a single core Marvell processor, 512MB of RAM, and 4GB of storage. While it’s not exactly a high-end device, it has far more processing power than an original Gameboy system, and the developer responsible for porting the emulator says it runs pretty well and there’s little to know delay when entering commands on a PC keyboard.

That’s despite the fact that while the emulator is running on the Chromecast hardware, the game ROM is actually hosted in the cloud.

You can find the source code and instructions for using it at Github.

This isn’t the first Chromecast hack we’ve seen since Google introduced the product on July 24th. This weekend, hackers discovered an exploit that lets users access the device using a root shell.

At $35, the Chromecast is one of the cheapest and easiest ways to access internet content on a television. Odds are that most customers won’t need or want to do anything more than that with a Chromecast.

But it’s fascinating to see how quickly hackers are turning Google’s cheap little device into more of a general purpose computer for your TV.