Microsoft is set to launch Windows 8 this fall. That may be good news or bad, depending on what you think about the new Metro user interface, Windows Store, and Windows RT for tablets and other computers with ARM-based processors.

But since most PCs sold later this year will ship with Windows 8, you may wonder whether it’s a good idea to buy a computer that runs Windows 7 this summer.

CNET reports Microsoft will soon launch a program that gives shoppers coupons for Windows 8 when they buy Windows 7 computers. That’s something the company has done for the past few Windows releases in order to help keep PC sales steady throughout the year — even at times when some shoppers might want to hold off until a new operating system is available. 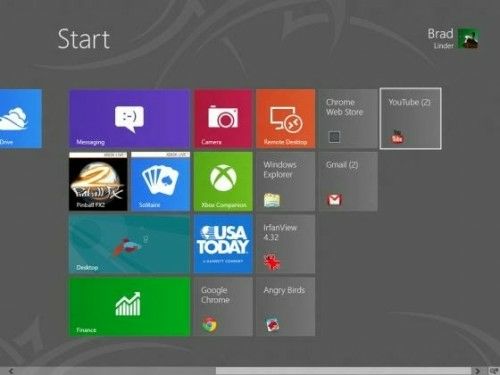 But according to CNET’s Mary Jo Foley this year’s promotion might be a little different from some past deals.

Instead of allowing customers to upgrade to Windows 8, the coupons will be for upgrades to Windows 8 Pro. That’s the version that includes premium features such as disk encryption, remote desktop, group policies, and more.

Because we’re talking about the Pro version of Windows 8, it’s likely that Microsoft will offer deep discounts on the operating system for customers that buy Windows 7 PCs… but the upgrades probably won’t be free.

Update: Paul Thurrott reports that upgrades will cost about $15, but that price has not been confirmed by Microsoft.

According to CNET the promotion will likely launch in early June and run through January.

3 replies on “Buy a Windows 7 PC this summer, get a Windows 8 upgrade coupon?”